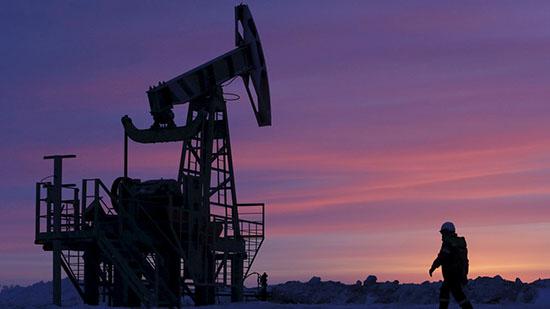 Chevron put the Oilfield M&A game in motion on Friday, with their announcement of a cash and stock offer for Anadarko Petroleum. The oil industry is ripe for some M&A activity, as the nice premium of about twenty percent that was offered to the prior closing price, seems to indicate.

I think a case can be made for exceptionally well-rounded oil companies to be high on the lists of potential acquisitors in the hunt for value. One such company is Apache Corporation. In this article we will take a look at to why I think they could be the next domino to fall.

The general thesis for upward movement in oil equities

Oil equities are under-valued at present by thirty or forty percent, taking the recent performance of the XOP index as an example, in relation to the price of oil. From the Dec. 24th, 2018 low, the XOP has regained about 30% of its pre-crash level, while oil has nearly doubled. Anadarko makes up about 2% of the XOP.

Over the past year we have seen valuations decline anywhere from 25-40%. The market typically over or under reacts with equities tied to commodities in particular. When the underlying commodity loses value as oil did in the fourth quarter of 2018, shares can fall precipitously. The three month period ending December, 24th 2018 is reflective of this condition.

We have seen a sharp “V” shaped recovery since, as was expected. One of my favorite expressions from tenth grade geometry still rings true, “The angle of incidence equals the angle of reflection.” It’s been a strong recovery, but we have still have not regained the highs of Q-3, 2018. Friday’s action by Chevron could be an inflection point for multiple expansion in oil equities.

In the first quarter of this year the winds shifted and many of the factors that had been dragging oil lower, reversed themselves. Among them we can count:

There is no cause and effect relationship necessarily between oil and the stocks of the companies that extract it. There have been a lot of factors weighing on the market, and they are the reasons for the current disparity between oil and oil stocks. What is needed to help close the gap, is an inflection point that signals a shift in the market’s thinking.

Chevron might have just delivered this inflection point last Friday.

We have been inundated with theories about shale peak-ing out in recent times. You’ve may have read them… the ones by Martenson and Berman stand out in particular. In this one, and in others very cogent arguments have been made, that growth trajectory of shale plays is in decline due to poorer rock quality than in the past. Some, like Jim Chanosposit a very dark interpretation of shale results so far, that’s it all been a hoax. The words “Ponzi Scheme” are used frequently by the doom sayers.

It is not my intention to challenge any of these pundits squarely today. They may very well be right, time will tell. What I do want to address in this article is an element of market activity being ignored by the “doom crowd.” The clever arguments put forward for shale slipping (crashing?) into decline, have managed to ignore one simple fact.

The shale-doom crowd chooses to ignore the obvious, and frankly, the most compelling pro-argument for shale that exists. Big Oil is committing resources to shale in droves. Companies are falling over each other in the attempt to land big “Shale” fish, like Anadarko. And, in so doing have laid out ambitious growth plans for this resource. BP, (BP), ExxonMobil, (XOM), and now Chevron. What are they telling us by voting for shale with their capex dollars?

It’s simple really. They are saying that their geophysical teams-which, let’s acknowledge are the best in the business, have told them that with scale, they can wring more oil and gas for less money than any other equivalent investment. What scale brings is a low base cost of production, which when combined with the high technology these companies can bring to bear on a project, turns into profits and free cash flow.

Here is what, Michael Wirth the chairman, of what many people regard as the smartest, best run oil operator in the business- Chevron, said regarding this transaction in a recent interview:

“This deal enables us to compete in any oil price environment, produce synergies from the combination of the two companies, and be accretive to earnings in the first year.”

None of the above is really very complex is it?

To summarize this section, in my view as North American shale, and particularly Permian shale, enters its maturity,

it all adds up to a very compelling investment scenario for our production hungry Super Majors, and perhaps foreign companies looking to establish a foothold in this prolific basin.

In my view, Chevron and Anadarko getting together is just round one of the oil asset consolidation wave that will come.

The takeout case for Apache

Apache’s, (APA) stock popped nicely on the CVX/APC news, as did many shale players, but fell back a bit as the day wore on. I read nothing into that event.

Alpine High is a massive block of about 300K contiguous acres that has been estimated to contain 3 bn BBOE. As you can see from the slides below, the Alpine High development is skewed to Wet Gas. Wet gas is basically the heavier end of the hydrocarbon molecule with more carbons attached, making them heavier, and tending toward a liquid phase. Dry gas is defined as being 85% methane or better.

One of the things that makes the Permian so prolific is the thickness of hydrocarbon column, up to 6,000′. There are multiple pay horizons, with names like Bone Springs, Wolfcamp, Barnett, and Woodford. Apache has already identified over 5,000 drilling locations across this acreage, with about 75% of them targeting wet gas.

One of the things that’s been a drag on Apache’s stock was the limited take-off capacity for dry gas. Once Kinder Morgan’s, Gulf Coast Express-GCX, line goes into service, later this year, those concerns go away. Apache was one of original subscribers to the GCX, 500 MMCF/D guaranteed take-off.

Cryogenic capacity is the next piece of the puzzle. To turn wet gas into dry gas the heavy ends are first concentrated and removed from the gas stream cryogenically. These units will come on stream this year. The billion or so dollars of capex that’s been required to process wet gas has also been a drag on the stock. The market gives you nothing for investing for the future, it’s only interested in what’s happening now to produce profits.

The goal of this section has been to establish that Apache has built a singular asset in the Permian basin with the capacity to make immediate contributions to cash flow. All aspects of the production cycle appear to be in place.

But, Apache is more than just its Permian assets. Not discussed in this article for the sake of brevity are the other assets. We’ll bulletize them now for completeness.

Who might be interested? Obviously Shell, which has publically stated as being in the market for a Permian acquisition. Perhaps Occidental Petroleum, (OXY) (which might be a target all by itself)? OXY was in the hunt for Anadarko, and actually outbid CVX on per share basis. There are some who feel there may be another shoe to drop in this matter. Anadarko shareholders have to be rubbing their hands with glee at this prospect, as any new bid would now have to account for the $1 bn breakup fee in the agreement with CVX.

Apache is a prime target to be snapped up a global Super Major, or National Oil company. The game is afoot, thanks to Chevron. All we can do now is wait. Of course, nothing may happen at all in this regard. You never can tell the future with any accuracy.