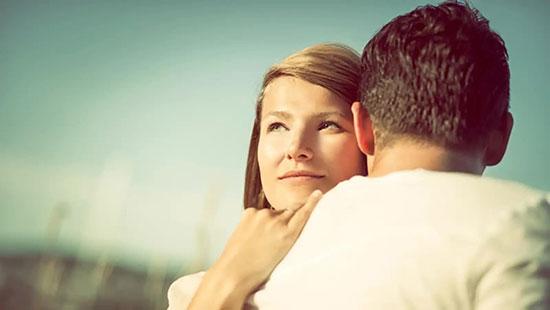 An Australian study has found it is easier to pick unfaithfulness in a man’s face than a woman’s, building on previous research to suggest “facial masculinity” is a predictor of infidelity.

According to researchers at the University of Western Australia, women have better poker faces when it comes to cheating in relationships, with men in heterosexual and same-sex relationships more likely to be correctly identified as unfaithful based on their face.

The study, published in Royal Society, involved passport-style photos of 189 adults who had previously answered questions about their relationship history and whether they had cheated on their partners.

A group of 1516 people were recruited to rate the faces on a scale of 1-10 based on their perceived trustworthiness.

Previous studies by UWA researchers using the same set of photos have shown women are better at picking unfaithfulness in men than men are in women.

However, this is the first time the study has been done using both opposite-sex and same-sex pairings, with results suggesting women are not better at identifying unfaithfulness, men are less capable of hiding it.

Men’s faces were more likely to be correctly identified as unfaithful than women’s by both male and female participants. In men’s faces, “facial masculinity” – features such as an angular jaw and prominent brow – correlated with both perceived unfaithfulness and actual unfaithfulness.

Meanwhile, both men and women were less likely to be able to pick female cheaters. Conventional femininity in women’s faces lead to increased perceptions of unfaithfulness, but there was no actual correlation between these facial traits and their likelihood to have cheated on a partner.

Dr Yong Foo, who lead the study, said the results would “suggest that facial masculinity is a valid cue” in determining infidelity, although he would like to do an additional study using a new data set of faces.

“There is a huge controversy about whether people can determine such things from just the face,” he said.

“But this study suggests people can tell, to at least some degree of accuracy, unfaithfulness in male faces.”

Dr Foo said more research is needed to see if these findings can be replicated across other sets of photos, as well as determine whether the results are the same for other forms of deceitfulness, such as financial fraud.

Clinical psychologist Elisabeth Shaw, CEO of Relationships Australia NSW, said, in her experience, “infidelity comes in all shapes and sizes”.

“Many assume men are more likely to cheat (although research can be more equivocal about it) and that good looking people for example are less trustworthy,” she said. “However in my experience, infidelity… occurs for a whole range of situational and contextual reasons.”

Ms Shaw said “context, self-interest and other drivers” should be viewed as giving rise to infidelity, rather than a “particular look”.

Mary Ward is Deputy Lifestyle Editor of The Sydney Morning Herald and The Age.