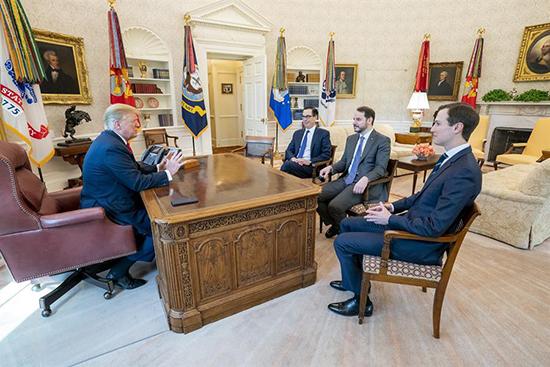 Ankara’s plan to buy the S-400 system has fueled tensions between the NATO allies, and Washington has said Ankara could face sanctions over the issue. Turkey’s defense minister on Monday called for the issue to be resolved through dialogue.

“During our meetings, where we discussed steps to increase our cooperation, we were received by US President Donald Trump. We passed on the greetings and messages of our president,” Albayrak wrote on Twitter on Tuesday.

“He listened in a very reasonable way with a positive understanding of the process regarding Turkey’s need for the S-400s,” broadcaster CNN Turk cited Albayrak as telling reporters. “There was a very positive, constructive conversation.”

Albayrak was also quoted as saying there were discussions at the meetings on increasing bilateral trade between the United States and Turkey to $75 billion annually from $20 billion currently.