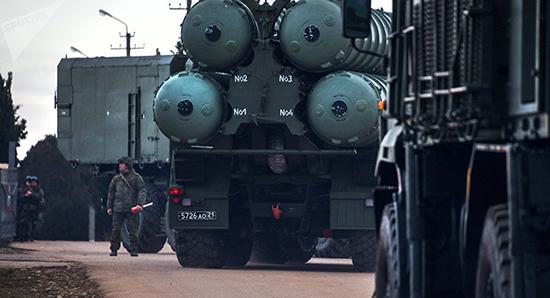 On Tuesday, Turkish Finance Minister Berat Albayrak said after his talks with Donald Trump in Washington that the US President has demonstrated “a reasonable approach” toward Ankara’s purchases of Russian S-400 air defence systems.

The US and Turkey have failed to resolve an impasse in talks over Ankara’s plans to deploy Russian-made S-400 missile systems, which “the Pentagon says could jeopardize US fighter aircraft in the region”, the Wall Street Journal (WSJ) quoted an unnamed sources as saying.

The newspaper also referred to the Turkish President’s spokesperson Ibrahim Kalin, who expressed hope that Washington will not slap sanctions on Ankara in connection with its purchasing the S-400s.

“Sanctions will be counterproductive and lead to negative consequences”, he said, citing Turkey’s “well-founded” security-related concerns.

According to the WSJ, Turkey will most likely start to deploy the S-400 systems in the next two or three months, which means that Ankara and Washington are pressed for time to resolve the issue.

This comes after Turkish Finance Minister Berat Albayrak said that during his meeting with US President Donald Trump in Washington on Monday, Trump “showed a reasonable approach to [our] need to purchase the S-400” and that “it is possible that he will meet with our President [Recep Tayyip Erdogan] in the near future”.

Earlier, Erdogan said that although the delivery of the S-400s was scheduled for July,” it may be done earlier”.

The statement followed Erdogan’s meeting with Russian President Vladimir Putin in Moscow on Monday, during which the Turkish leader reiterated his position that the S-400 issue was “closed”.

The US has repeatedly expressed concern over its NATO ally’s deal with Russia, and threatened Turkey with sanctions.

Washington also threatened to block deliveries of the Lockheed Martin F-35, a new fifth-generation stealth fighter, to Ankara if it goes through with the S-400 purchase amid fears that the Russian air defence system could compromise the F-35’s stealth capabilities.

Turkish Defence Minister Hulusi Akar said in this regard that Ankara may adjust the technical parameters of the S-400s if the US proves alleged risks that these air defences pose to F-35 aircraft. He previously promised that the S-400s will not be integrated into any active NATO military systems. 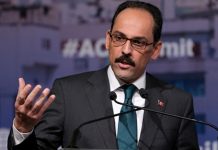