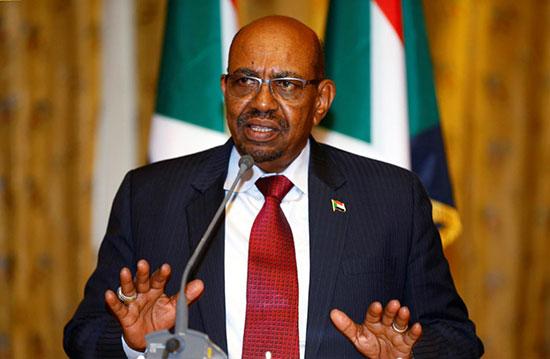 Bashir is being held under tight security in solitary confinement, a source at the prison told the Reuters news agency.

Since his removal by the military last Thursday, Bashir had been detained under heavy guard in the presidential residence inside the compound that also houses the defence ministry, the family sources said.

On Wednesday, Lieutenant General Shamseddine Kabbashi told reporters that two of Bashir’s brothers have also been arrested as part of a continuing campaign of arrests against “symbols of the toppled regime,” AFP news agency reported.

The military ousted Bashir after months of protests against him that culminated in a sit-in outside the ministry compound, beginning on 6 April.

Awad Ahmed Ibn Auf, who announced Bashir’s removal and said he was being detained in a “safe place,” stepped down as head of the ruling Transitional Military Council (TMC) after one day in the post.

Abdel Fattah al-Burhan now heads the council, which has promised to hold elections within two years.

The TMC has also ordered the central bank to review financial transfers since 1 April and to seize “suspect” funds, state news agency SUNA reported on Wednesday.

The council also ordered the “suspension of the transfer of ownership of any shares until further notice and for any large or suspect transfers of shares or companies to be reported” to authorities.

Also on Wednesday, the Sudan People’s Liberation Movement-North, a rebel movement in the southern states of Blue Nile and South Kordofan, announced it was ceasing all hostilities immediately in areas under its control until the end of July.

Abdelaziz Adam al-Helew, the group’s leader, said the “goodwill gesture” is to “give an opportunity for the immediate and smooth handover of power to civilians”.

Witnesses said there was a heavy deployment of soldiers and members of the paramilitary Rapid Support Force outside Kobar prison on Wednesday.

“There are troops in vehicles mounted with machine-guns near the prison,” a witness told the AFP news agency.

The prison was built by the British during colonial rule and is located on the east bank of the Blue Nile in a northern district of the capital where Bashir grew up.

The area was previously known as Kobar, taking its name from the prison, but Bashir later changed the name to Omar al-Mukhtar, after a hero of Libya’s struggle against Italian colonial rule.

The brick-built prison, which is surrounded by a high concrete wall, holds hundreds of inmates at any one time, many of them crammed into tiny cells.

It has a special wing for political prisoners, where several opposition leaders and activists were held during the four months of protests that led up to Bashir’s overthrow.

The wing is run by the feared National Intelligence and Security Service rather than the police.

“In those small cells, they keep six to seven people, mostly smugglers, black marketeers, human traffickers and petty criminals,” said an AFP correspondent who was detained in the prison during previous protests against Bashir’s rule in January 2018.

“There is a bathroom in each cell but no beds – only mattresses and mosquitoes.”

Protests are still ongoing  and the Sudanese Professionals’ Association (SPA), a group spearheading the popular revolt, has issued a long list of demands for wholesale change to end repression and ease the country’s economic crisis.

It has called for the TMC to be dissolved in favour of an interim civilian ruling council with military representatives and declared that mass protests will continue until the demands are met.

On Tuesday, the TMC said Burhan had fired the country’s three highest-ranking public prosecutors after protesters demanded an overhaul of the judiciary as a step towards a civilian government.

Alwaleed Sayed Ahmed Mahmoud was appointed to carry out Abdelsalam’s duties, the council said.
Details of Mahmoud’s background were not immediately known.

The SPA had called for Abdelsalam’s removal along with the chief of the judiciary and his deputies.

The judiciary chief was not mentioned in the TMC statement.

On Tuesday, a Reuters witness said hundreds of University of Khartoum professors carrying signs reading “civilian transitional government” and “democracy” marched to a sit-in protest outside the defence ministry.

The TMC confirmed the phone call in a statement and said Sisi was expected to visit Sudan in the coming days.

Meanwhile, a delegation from Saudi Arabia and the United Arab Emirates met with Burhan in Khartoum on Tuesday, according to a council statement.

As chief of Sudan’s ground forces, Burhan oversaw Sudanese troops fighting in the Saudi-led war in Yemen and has close ties to senior Gulf military officials.

The Sudanese fighting in Yemen are often survivors of the Darfur conflict, and have been accused of incorporating children in their ranks.

‘Will of the people is respected’

A US official said on Tuesday that Washington would not remove Sudan from its state sponsor of terrorism list until the country’s leadership and policies change and the military no longer holds power.

“We will be willing to look at removing Sudan from the list of state sponsors of terrorism if there is significant change in the country’s leadership and policies,” the State Department official told Reuters.

The Trump administration suspended talks on normalising relations with Sudan after the military deposed Bashir.

Sudan was designated a state sponsor of terrorism in 1993 under former US President Bill Clinton, cutting it off from financial markets and strangling its economy.

Washington lifted a 20-year trade embargo against Sudan in 2017 and was in the process of discussions on removing it from the US terror list when the military overthrew Bashir.

“It is important that the will of the people is respected, and that Sudanese people be allowed a peaceful transition,” the official said, adding that lifting the designation at this time was “out of the question” and restrictions remain in place.

On Monday, the African Union’s Peace and Security Council called for the TMC to transfer power to a transitional civilian-led authority within 15 days or risk Sudan being suspended from the union.