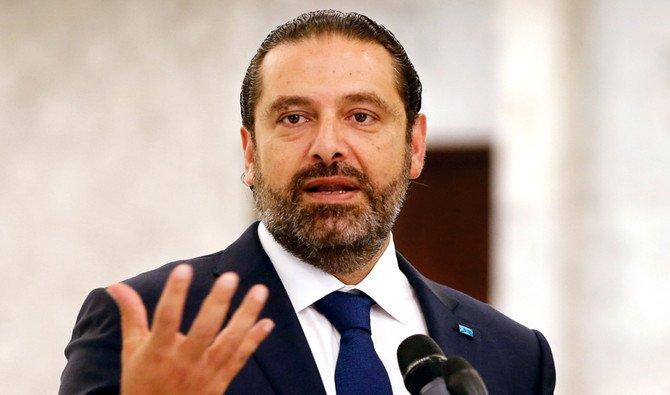 “We must reduce public spending to avoid a crisis,” Hariri said, yet stopped short from backing Foreign Minister Gebran Bassil’s calls for a cut in public wages.

Speaking to lawmakers, Hariri called for a harsh austerity budget the likes of which has “never been seen in Lebanon’s history.”

Lebanon has yet to pass its 2019 budget, which is two months overdue, in order to set the framework for government spending and expenditures for the coming year.

“We must reduce public spending to avoid a crisis,” Hariri said, yet stopped short from backing Foreign Minister Gebran Bassil’s calls for a cut in public wages.

Lebanon has a budget deficit of around $4.5 billion according to estimates, equal to 11 percent of the country’s GDP. This has raised concerns over the government’s ability to follow through on payments while preserving the Lira peg.

“We stand with limited income people and the retired but we want to maintain the Lira peg,” Hariri said while labeling Bassil’s earlier comments as “media talk.”

Last week, Bassil argued for a slashing in public wages to curb the deficit and plug a hole in the state’s bleeding coffers, which drew sharp criticism from his allies and members of his own parliamentary block.

During the session, however, Bassil seemingly backtracked from his earlier comments, saying that “drastic measures would be temporary and would not target low-income earners.”

As lawmakers debated, public sector workers made their discontent heard, gathering near Riad al-Solh Square to protest such a proposal.

Lebanon’s economic woes have been well established, with the World Bank warning the small Mediterranean country of the “unsustainable path” given its fragile economy and ever-increasing fiscal deficit.

Yet Hariri stopped short from conceding that Lebanon is in a freefall, urging his fellow lawmakers to “take the necessary measures to avoid reaching an undesirable position.”

The session, chaired by Speaker Nabih Berri, also saw the approval of the Cabinet’s plans to overhaul Lebanon’s electricity sector which includes a cut of $2 billion dollars in subsidies to the state-owned Electricté Du Liban.

The plan includes the construction of a number of new power plants to provide around the clock coverage while reducing financial losses and the waste of electricity, much to the delight of new Energy Minister Nada Boustani.

“Work to implement the electricity plan has begun,” she tweeted following the session.

Lebanon’s electricity struggles date back to the civil war, and have been exasperated from a lack of oversight and the Syrian refugee crisis.

Illegal connections to the main grid are considered a major setback, with around 45 percent of electrical connections by Syrian households done illegally, according to the United Nations.

This, coupled with technical losses and the outdated power plants, result in daily power outages amid a 1300-1500 Mwh production deficit.