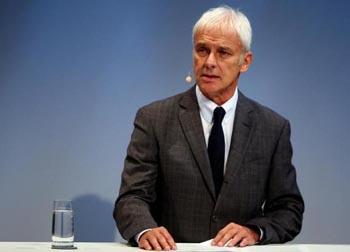 A breakdown of the massive, 448-page document

Attorney General William Barr released Special Counsel Robert Mueller’s long-awaited report on his investigation into Russian interference in the 2016 presidential election on Thursday. Though some of the findings have been redacted, the report will give the public a clearer sense of what the special counsel found—and whether Barr’s short summary, made public in late March, was accurate.

The report covers the special counsel’s investigation into Russian efforts to influence the 2016 election, and details 10 episodes that Mueller’s team examined as part of its inquiry into whether President Donald Trump obstructed justice. Four types of information are redacted in the report, according to Barr: grand-jury material, and details that could jeopardize intelligence sources and methods, ongoing cases, and the privacy of “peripheral third parties.”

Below, the must-read parts of Mueller’s 448-page report:

[T]he investigation established that several individuals affiliated with the Trump Campaign lied to the Office, and to Congress, about their interactions with Russian-affiliated individuals and related matters. Those lies materially impaired the investigation of Russian election interference. The Office charged some of those lies as violations of the federal false statements statute …

The Office learned that some of the individuals we interviewed or whose conduct we investigated—including some associated with the Trump Campaign—deleted relevant communications or communicated during the relevant period using applications that feature encryption or that do not provide for long-term retention of data or communications records. In such cases, the Office was not able to corroborate witness statements through comparison to contemporaneous communications or fully question witnesses about statements that appeared inconsistent with other known facts. Accordingly, while this report embodies factual and legal determinations that the Office believes to be accurate and complete to the greatest extent possible, given these identified gaps, the Office cannot rule out the possibility that the unavailable information would shed additional light on (or cast in a new light) the events described in the report.

Apart from OLC’s constitutional view, we recognized that a federal criminal accusation against a sitting President would place burdens on the President’s capacity to govern and potentially preempt constitutional processes for addressing presidential misconduct … The evidence we obtained about the President’s actions and intent presents difficult issues that would need to be resolved if we were making a traditional prosecutorial judgment. At the same time, if we had confidence after a thorough investigation of the facts that the President clearly did not commit obstruction of justice, we would so state. Based on the facts and the applicable legal standards, we are unable to reach that judgment. Accordingly, while this report does not conclude that the President committed a crime, it also does not exonerate him.

On the facts here, the government would unlikely be able to prove beyond a reasonable doubt that the June 9 meeting participants had general knowledge that their conduct was unlawful. The investigation has not developed evidence that the participants in the meeting were familiar with the foreign-contribution ban or the application of federal law to the relevant factual context … While the government has evidence of later efforts to prevent disclosure of the nature of the June 9 meeting that could circumstantially provide support for a showing of scienter … that concealment occurred more than a year later, involved individuals who did not attend the June 9 meeting, and may reflect an intention to avoid political consequences rather than any prior knowledge of illegality.

[The] President slumped back in his chair and said, “Oh my God. This is terrible. This is the end of my Presidency. I’m fucked.” The President became angry and lambasted the Attorney General for his decision to recuse from the investigation, stating, “How could you let this happen, Jeff?” The President said the position of Attorney General was his most important appointment and that Sessions had “let [him] down,” contrasting him to Eric Holder and Robert Kennedy. Sessions recalled that the President said to him, “you were supposed to protect me,” or words to that effect.

McGahn did not carry out the direction, however, deciding that he would resign rather than trigger what he regarded as a potential Saturday Night Massacre … That evening, McGahn called both [Reince] Priebus and [Steve] Bannon and told them that he intended to resign. McGahn recalled that, after speaking with his attorney and given the nature of the President’s request, he decided not to share details of the President’s request with other White House staff. Priebus recalled that McGahn said that the President had asked him to “do crazy shit,” but he thought McGahn did not tell him the specifics of the President’s request because McGahn was trying to protect Priebus from what he did not need to know. Priebus and Bannon both urged McGahn not to quit, and McGahn ultimately returned to work that Monday and remained in his position. He had not told the President directly that he planned to resign, and when they next saw each other the President did not ask McGahn whether he had followed through with calling [Rod] Rosenstein.

On March 3, 2017 the day after Sessions’s recusal, McGahn was called into the Oval Office. Other advisors were there, including Priebus and Bannon. The President opened the conversation by saying, “I don’t have a lawyer.” The President expressed anger at McGahn about the recusal and brought up Roy Cohn, stating that he wished Cohn was his attorney … The President wanted McGahn to talk to Sessions about the recusal, but McGahn told the President that DOJ ethics officials had weighed in on Sessions’s decision to recuse. The President then brought up former Attorneys General Robert Kennedy and Eric Holder and said that they had protected their presidents … Bannon recalled that the President was as mad as Bannon had ever seen him and that he screamed at McGahn about how weak Sessions was.

Ultimately, while we believed that we had the authority and legal justification to issue a grand jury subpoena to obtain the President’s testimony, we chose not to do so. We made that decision in view of the substantial delay that such an investigative step would likely produce at a late stage in our investigation. We also assessed that based on the significant body of evidence we had already obtained of the President’s actions and his public and private statements describing or explaining those actions, we had sufficient evidence to understand relevant events and to make certain assessments without the President’s testimony.

The President called McGahn repeatedly that day to ask him to intervene with the Department of Justice, and, according to the notes, the President was “getting hotter and hotter, get rid?” Officials in the White House Counsel’s Office became so concerned that the President would fire [James] Comey that they began drafting a memorandum that examined whether the President needed cause to terminate the FBI director.

At a dinner on Friday, May 5, attended by the President and various advisors and family members, including Jared Kushner and senior advisor Stephen Miller, the President stated that he wanted to remove Comey and had ideas for a letter that would be used to make the announcement. The President dictated arguments and specific language for the letter, and Miller took notes. As reflected in the notes, the President told Miller that the letter should start, “While I greatly appreciate you informing me that I am not under investigation concerning what I have often stated is a fabricated story on a Trump-Russia relationship pertaining to the 2016 presidential election, please be informed that I, and I believe the American public—including Ds and Rs—have lost faith in you as Director of the FBI.” Following the dinner, Miller prepared a termination letter based on those notes and research he conducted to support the President’s arguments.

The President’s draft termination letter also stated that morale in the FBI was at an all-time low and Sanders told the press after Comey’s termination that the White House had heard from “countless” FBI agents who had lost confidence in Comey. But the evidence does not support those claims. The President told Comey at their January 27 dinner that “the people of the FBI really like [him],” no evidence suggests that the President heard otherwise before deciding to terminate Comey, and Sanders acknowledged to investigators that her comments were not founded on anything.

On April 27, 2016 … Papadopoulos wrote a second message to Miller stating that “some interesting messages [were] coming in from Moscow about a trip when the time is right.” The same day, Papadopoulos sent a similar email to campaign manager Corey Lewandowski, telling Lewandowski that Papadopoulos had “been receiving a lot of calls over the last month about Putin wanting to host [Trump] and the team when the time is right”… On May 4, 2016, he forwarded to Lewandowski an email from [Russian national Ivan] Timofeev raising the possibility of a meeting in Moscow, asking Lewandowski whether that was “something we want to move forward with.” The next day, Papadopoulos forwarded the same Timofeev email to Sam Clovis, adding to the top of the email “Russia update.” He included the same email in a May 21, 2016 message to senior Campaign official Paul Manafort, under the subject line “Request from Russia to meet Mr. Trump.”