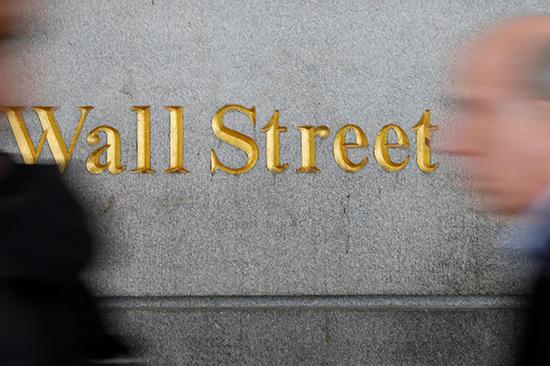 NEW YORK (Reuters) – Next week will go a long way in determining whether investors should be concerned about the dawning of an earnings recession or whether back-to-back quarters of negative growth can be avoided in what is the heaviest week for profit reporting by U.S. companies.

A wide swath of S&P 500 sectors are scheduled to report next week, with 155 companies representing over $9 trillion in market capitalization in the queue, more than 35 percent of the total for the index.

Heavy hitters Facebook and Amazon are due to report as well as a dozen Dow components such as United Technologies, Coca-Cola, Microsoft and Exxon Mobil.

“The focus is going to continue to be on earnings and what the message is and so far the message hasn’t been that great,” said Ken Polcari, managing principal at Butcher Joseph Asset Management in New York.

“If they continue to be what they are, these kind of lackluster reports, the market is going to get exhausted and it is going to back off. It is going to be an important week just for direction.”

Rapidly sliding expectations for second-quarter profit growth have sparked concerns about an earnings recession. Right now estimates are for growth of 2.1% in the second quarter, down from the 6.5% increase at the start of the year and 9.2% on Oct 1.

“That is the big question hanging over this thing, is this really an earnings recession?” said Kim Forrest, chief investment officer at Bokeh Capital Partners in Pittsburgh.

Forrest said that while some companies have been able to hold the line on earnings due to their ability to control costs, investors would rather see earnings growing on consumer strength.

But in a recent note to clients, Morgan Stanley U.S. equity strategist Michael Wilson said that while companies are likely to beat “the significantly lowered bar” for the first quarter, they believe it won’t be the trough for the year.

Wilson noted with the S&P 500 now near the top of their valuation range with a forward price-to-earnings ratio of 16.8, there is not much upside remaining without a resurgence in growth that the market currently anticipates.

That return to growth has also been cast into doubt by the less than enthusiastic picture being painted by corporate outlooks. The current ratio of negative to positive preannouncements stands at 2.7, well above the 1.5 average over the past four quarters but in line with the long-term average dating to 1997.

And while that number is elevated over the past year, some view last year’s results as being positively affected by tax reform and at a level that is unsustainable this year.

“It is just a return to the normal, what we are used to seeing, in this quarter,” said Lindsey Bell, investment strategist at CFRA Research in New York.

Should results next week push earnings season further towards an earnings recession, that may still not derail the market, which was able to recover from the last one in 2016 that was fueled in part by worries about a China slowdown.

“Even if we were to get an earnings recession, to me that is not the end of the world, because comparisons are so strong from the year before and we’ve been through earnings recessions before and recovered,” said David Joy, chief market strategist at Ameriprise Financial in Boston.