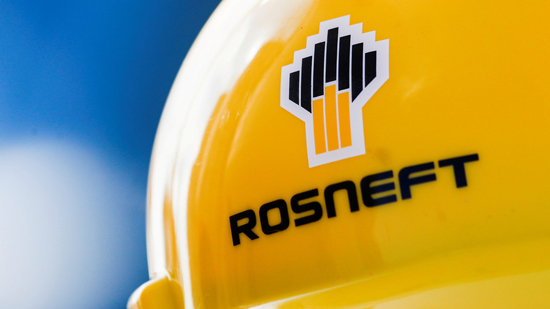 MEXICO CITY (Reuters) – President Nicolas Maduro is funneling cashflow from Venezuelan oil sales through Russian state energy giant Rosneft as he seeks to evade U.S. sanctions designed to oust him from power, according to sources and documents reviewed by Reuters.

The sales are the latest sign of the growing dependence of Venezuela’s cash-strapped government on Russia as the United States tightens a financial noose around Maduro, who it describes as a dictator.

With its economy reeling from years of recession and a sharp decline in oil production, Venezuela was already struggling to finance imports and government spending before Washington imposed tough restrictions on state oil company PDVSA in January.

Oil accounts for more than 90 percent of exports from the OPEC nation and the lion’s share of government revenues. Maduro has accused U.S. President Donald Trump of waging economic war against Venezuela.

Since January, Maduro’s administration has been in talks with allies in Moscow about ways to circumvent a ban on clients paying PDVSA in dollars, the sources said. Russia has publicly said the U.S. sanctions are illegal and it would work with Venezuela to weather them.

Under the scheme uncovered by Reuters, Venezuelan state oil company PDVSA has started passing invoices from its oil sales to Rosneft.

The Russian energy giant pays PDVSA immediately at a discount to the sale price – avoiding the usual 30-to-90 day timeframe for completing oil transactions – and collects the full amount later from the buyer, according to the documents and sources.

Major energy companies such as India’s Reliance Industries Ltd – PDVSA’s largest cash-paying client – have been asked to participate in the scheme by paying Rosneft for Venezuelan oil, the documents show.

Rosneft, which has heavily invested in Venezuela under President Vladimir Putin, did not immediately respond to a request for comment.

Venezuela’s oil ministry, its information ministry – which handles media for the government – and PDVSA did not respond to questions.

Russia has loaned Venezuela almost $16 billion since 2006, which is being repaid in oil shipments, and has also taken significant stakes in petroleum projects, meaning it already controls a large slice of the South American country’s production.

PDVSA’s unusual payment agreement with Rosneft is part of a series of schemes by Maduro’s government to gain access to cash, including selling Central Bank gold reserves. The schemes have frustrated Washington officials, who have in recent days questioned why sanctions have not had a more dramatic impact on Venezuela’s finances.

“PDVSA is delivering its accounts receivable to Rosneft,” said a source at the Venezuelan state firm with knowledge of the deals, who spoke on condition of anonymity for fear of retaliation.

“The cash ends up in Russian banks or is used for settling pending payments such as marine services or freight so that oil exports are not interrupted.”

The sources said some of the money was flowing via Russian-Venezuelan bank Evrofinance Mosnarbank, which was placed under U.S. sanctions last month. A spokesperson for Evrofinance denied such transactions had passed through the bank.

It was not immediately clear exactly how much of Venezuela’s oil exports of around 900,000 barrels per day was being paid for using the sale of PDVSA’s accounts receivable, because deals are being arranged on a case-by-case basis, sources said.

An internal PDVSA document reviewed by Reuters, however, indicated shipments in April to Reliance – owner of the world’s biggest refining complex – would be settled via Rosneft.

Reliance imported 390,500 barrels per day of Venezuelan crude in March, equivalent to almost 40 percent of Venezuela’s exports that month, according to shipping data compiled by Reuters.

The internal document showed that PDVSA and Reliance would pay a fee equivalent to around 3 percent of the sale price, split between them. Rosneft’s fees are negotiated on a case by case basis, the sources said.

Industry sources familiar with the matter said the Reliance transactions were going ahead but some banks were reluctant to provide financing for the purchases as the invoices stated that the oil came from Venezuela.

“We are in active dialogue with the U.S. Department of State on our dealings on Venezuelan oil to remain compliant with U.S. sanctions,” he said.

A Reliance spokesman said the payments to Russian and Chinese companies were then deducted from the money owed to those countries by Venezuela.

While most Western countries have joined Washington in recognizing opposition leader Juan Guaido as Venezuela’s legitimate president, Russia – together with China and Cuba – has stood by Maduro, defending him at the United Nations and providing military assistance, angering Washington.

Rosneft, run by close Putin ally Igor Sechin, has capitalized on the crisis to take an ever-bigger share of the oil industry in Venezuela, which sits on the world’s largest crude reserves.

In February, Rosneft estimated the book value of stakes in Venezuelan projects at $2.11 billion.

Now Rosneft is providing the cash to help keep PDVSA operational, using its large trading division to give it flexibility to collect payment for Venezuelan oil from clients.

In one transaction, an executive from Rosneft’s Geneva unit offered to take a PDVSA invoice owed by trading firm BB Energy for the purchase of 525,000-barrels of fuel oil in January, according to an offer letter reviewed by Reuters.

Rosneft paid a portion of the $26-million bill directly to PDVSA and started talks with BB Energy to collect payment in cash or by receiving an oil cargo, according to the letter and a PDVSA source.

A spokesman for BB Energy said that under guidance from legal counsel the company had not yet made any payment for the cargo. He declined to provide further details.

Some within PDVSA are concerned Rosneft’s trading arm now has been given too significant a role in decisions over cargo destinations in order to facilitate payment to the Russian company, according to one source.

They are also frustrated that Venezuela is paying a heavy premium to Rosneft for imported fuel – needed because of the poor condition of domestic refineries – because only a handful of sellers were willing to skirt U.S. sanctions.

“Rosneft is buying our oil for cheap and selling us very expensive fuel in exchange,” the source said. “We always owe them money.”

(This story was refiled to fix garble in 22nd paragraph)