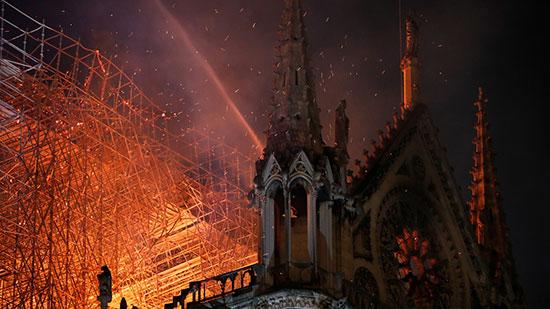 Investigators believe that an electrical short-circuit likely caused the fire that partially destroyed Paris’ iconic Notre Dame Cathedral, a French official has said. An earlier investigation too found no evidence of foul play.

Speaking to the Associated Press, the judicial police official said that investigators are still unable to search through rubble inside the cathedral for safety reasons.

The devastating blaze ravaged the centuries-old building on Monday, gutting the cathedral’s insides, completely destroying the spire and large sections of the roof.

A preliminary investigation of the scene on Tuesday found no immediate signs of arson, the city’s public prosecutor said. More than 50 people are still investigating the fire, which broke out while the landmark cathedral was under reconstruction.

French President Emmanuel Macron has pledged to rebuild Notre Dame within five years “even more beautiful than before.” Donations towards the church’s reconstruction have flowed in from the private sector too. French businessman Francois-Henri Pinault has pledged €100 million and fellow billionaire Bernard Arnault offered €200 million towards the restoration.