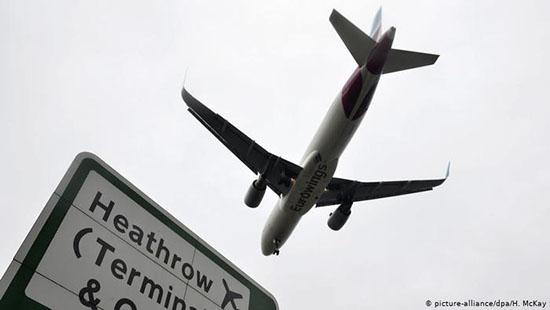 Climate protesters in London are threatening to shut down Heathrow airport — Europe’s busiest air traffic hub. Police have appealed to the group, saying it could cause misery to thousands of travelers over Easter.

Environmental activists in the UK vowed to take their protest to Heathrow Airport on Friday after days of demonstrations caused road closures and transport disruptions across London.

The group announced its plan to “shut down” Europe’s busiest airport as thousands prepared to travel for the Easter holiday weekend.

The protests so far:

Police urged the activists to “strongly reconsider” the planned airport action on Good Friday, one of the busiest travel days of the year, and said there were plans in place to prevent Heathrow’s operations from being affected.

“Protesters can expect a robust police response,” said Assistant Commissioner Nick Ephgrave. “We are determined to keep the airport operating.”

Heathrow Airport said: “While we respect the right to peaceful protest and agree with the need to act on climate change, we don’t agree that passengers should have their well-earned Easter Break holiday plans with family and friends disrupted.”

Home Secretary Sajid Javid said protesters “do not have the right to break the law and significantly disrupt the lives of others.”

“I expect the police to take a firm stance and use the full force of the law,” he wrote on Twitter.

Extinction Rebellion co-founder Gail Bradbrook said “more people are joining us all the time,” adding that “tactics will be escalated if our demands are not met.”

What do the protesters want? Extinction Rebellion demands the British government declare a “climate and ecological emergency” and take action to bring greenhouse gas emissions down to zero by 2025.

Britain’s climate targets: Britain has lowered net emissions by 42% percent since 1990 and is planning to slash emissions by 80% by 2050. Government advisers are expected to put forward new targets next month.

Averting climate chaos: The United Nations’ Intergovernmental Panel on Climate Change has recommended a global target of net zero emissions by 2050. This goal aims to limit global warming to 1.5 degrees Celsius above preindustrial levels, as outlined in the 2015 Paris climate treaty. Reaching this target, however, will require rapid action from governments around the world as well as the transformation of the global economy.