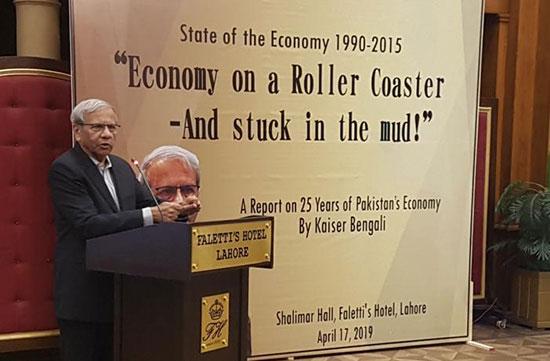 The government pledged to create ten million new jobs and build five million houses. With a 4 per cent growth rate, poverty will not be tackled, nor will per capita income increase by much. The government is negotiating a bailout with the International Monetary Fund. Terrorism is driving investors away.

Lahore (AsiaNews) – Pakistan’s economy has “reached the point of collapse. For the first time in four decades of research, I am deeply worried,” said Dr Kaiser Bengali, Dean of the Faculty of Management Science at the Shaheed Zulfikar Ali Bhutto Institute of Science and Technology, in Karachi.

The federal government is expected to present a new budget for the fiscal year 2019-20 on 24 May. However, “India might cause the collapse our economy as the US did with the USSR,” Bengali warns. “The alarm bells are ringing. We have no choice but to beg. I fear starvation, poverty and unemployment.”

Bengali, a former advisor for Planning and Development to the Chief Minister of Sindh province, spoke yesterday at a hotel in Lahore at the launching of his research titled State of the Economy 1990-2015; Economy on a Roller Coaster – And Stuck in the Mud!

The report, which evaluates Pakistan’s economy over a quarter of a century, examined three sectors: major crops, minor crops and large-scale manufacturing.

“Average GDP growth of 4 per cent cannot be expected to raise the per capita income sufficiently to reduce poverty,” the study states.

The picture is very serious, the economist told AsiaNews: “sales are declining, purchase power has ended. The most affected will be youth. An average family can no longer afford a house” and has “to share it with another.”

Last but not least, “publishing houses are shutting down. We cannot print even Quran in our country”.

To deal with the situation, Islamabad is now finalising a bailout package with the International Monetary Fund (IMF) to stave off a balance of payments crisis, despite more than billion in short-term loans from allies such as China and Saudi Arabia.

According to Bengali, not only has the government made irresponsible claims about creating million jobs, it has “not given any direction in recent months. There is no indication from the state to consume domestic products.”

To complicate matters, the media have not talked about the economy and the threat of terrorism. “Extremist and sectarian organisations are another major blow to our economy. About 400 Shia doctors have been killed in only two years. Many industrialists have fled the country due to routine curfews. Foreign investors prefer holding meetings in Dubai and other countries.”