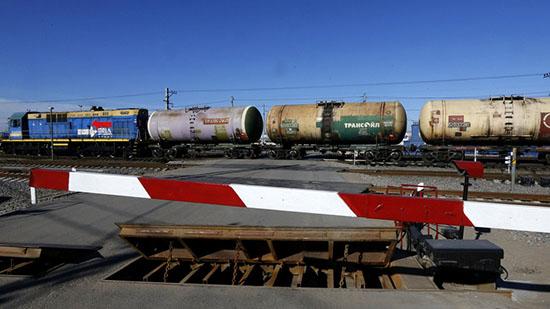 Russia has banned exports of oil and petroleum products among other goods to Ukraine, as well as blacklisting certain imports from the country in response to Kiev’s sanctions against Moscow.

Apart from oil, the expanded restrictions on specific Ukrainian goods include engineering products, consumer goods, and metal products, worth almost US$250 million as of 2018, according to Prime Minister Dmitry Medvedev.

The full list of blacklisted imports was published on the government website on Thursday. The embargo, which comes into effect immediately, includes bulldozers, pipes and pipe laying vehicles and other items.

The document also says that the shipments of coal, gasoline and diesel fuel will be restricted starting from June 1. Supplying these will be possible only under special government orders.

The new sanctions also forbid some exports from Ukraine, including clothing, shoes, socks among other goods.

The measure comes in retaliation to Kiev’s new sanctions against Moscow, announced on April 10. Ukraine targeted imports of glass containers, formalin, electric equipment for railway infrastructure, and other products from Russia.

It is not the first time the two sides have expanded economic restrictions against each other, with Russia usually retaliating to Ukrainian moves. The latest tit-for-tat response came in December 2018, when Russia slapped Ukraine with a ban on the imports of more than 50 Ukrainian goods, worth $510 million. It came shortly after Kiev extended its own embargo on Russian foods until the end of 2019, with restrictions targeting baked goods, chocolate, meat, fish, coffee, black tea, and some alcoholic beverages, among other items.

Despite bilateral trade restrictions, the turnover between Russia and Ukraine has been increasing in recent years, with Russia enjoying a significant trade surplus. Mutual sanctions have also failed to stop Russia from being the leading trade partner for Ukraine in 2018.