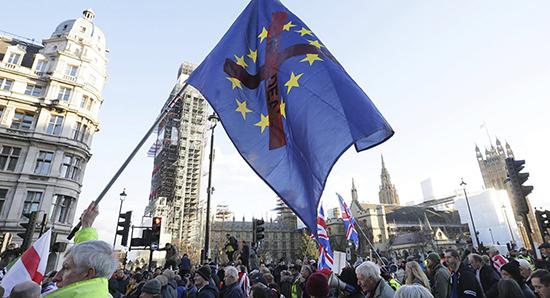 US officials have reportedly said that the new peace package will be based on an approach that reflects today’s reality. This reality is that the Palestinians and Israelis – as well as rival Palestinian groups – are a long way from reaching a lasting compromise to settle the long-running territorial dispute.

The Trump administration has been working for over two years now on its peace plan for the Israelis and Palestinians. It has closely guarded the details so far and very little is known about what the plan proposes or its entails.

It is meant to offer a solution to the long-running conflict that would lead the peace process out of deadlock. For decades, the most mainstream option has been the so-called two-state solution, which envisages an independent Palestinian state in the Gaza Strip, the West Bank, and East Jerusalem.

However, multiple rounds of Israeli-Palestinian negotiations have hardly moved the peace process an inch toward two sovereign states. Matters of great controversy include the fate of five million Palestinian refugees and their descendants, who claim their right of return to their homes in what is now Israel, the status of Jerusalem, which both sides claim as their capital, as well as Jewish settlements in the intended Palestinian state.

Israel fears that Palestinian demands, if satisfied, would endanger the security and the even existence of the Jewish state — and there is no indication that they will be able to reach a far-reaching compromise on this anytime soon.

Before addressing the Israeli-Palestinian issue, a prospective peace plan has to take into account the political division in the Palestinian territories, which have been split between two bitter rivals, Hamasin Gaza and the West Bank-based Fatah.

The Islamist Hamas group has been governing the Gaza Strip since 2007, after defeating the long-dominant Fatah Party in parliamentary elections. Fatah refused to cooperate with Hamas, which doesn’t recognise Israel and rejects negotiations with it, and a subsequent armed conflict saw Hamas force its more moderate rivals out of Gaza.

This split shows no signs of ending; Hamas refused to recognise the new Fatah-led government in the West Bank last week, claiming that its rival “monopolises power” and “separates the Gaza Strip from the West Bank”.

This makes the creation of a single state with an autonomous power-sharing Palestinian government hardly possible, argues Abdulaziz Alghashian, a Middle East expert and PhD researcher of international relations and the politics of the Middle East at Essex University.

He says that such power-sharing will depend on two aspects, namely “a new American administration that is more measured in trying to achieve a Palestinian-Israeli solution, and the powerful regional actors uniting a push to unite Palestinians that is similar to the Makkah agreement in 2007, where Fatah and Hamas reached a settlement, only to see it collapse a couple of months after”.

Alghashian also believes that another settlement between the two organisations is “far more unlikely” — and attempts by Trump and Netanyahu to make peace with the Palestinians are similarly improbable.

Palestinian Sovereignty Off the Table?

The administration of Donald Trump, who touts himself as the ultimate deal-maker, might well have taken into account the lack of progress on the two-state track. Indeed, US media reports indicate that the peace proposal is going to include Palestinian “autonomy” rather than “sovereignty” — a step away from the two-state solution policy that Washington has endorsed for decades.

“We looked at past efforts and solicited ideas from both sides and partners in the region with the recognition that what has been tried in the past has not worked. Thus, we have taken an unconventional approach founded on not hiding from reality, but instead speaking truth”, a senior US official was quoted as saying.

The two-state solution appears to not be high on Israel’s agenda as well. In response to the report, Strategic Affairs Minister Gilad Erdan said: “If the American administration understood that the idea of a Palestinian state has no justification, feasibility, or chance, this is significant news”.

And while there can be little doubt that the Palestinian Authority would take an “autonomy” scenario as a blow to its relentless efforts at advocating for a political solution at the international level, it is unclear which, if any, other options the US could possibly put on the table in a bid to set the ground for further negotiations.

The US plan is largely expected to consist of two components — political and economic. While details of the political part of the proposal have been surfacing here and there over the past two years, the economics of it have largely remained obscure.

Although no official clarification has come so far, the few reports suggest that Kushner promoted his economic plan during his trip to Middle Eastern countries — Oman, Bahrain, Saudi Arabia, the Arab Emirates, and Qatar.

Reports say it would include tens of billions of dollars of investment in the West Bank and Gaza, which have declining economic growth and one of the world’s highest unemployment rates, creating economic incentives and boosting job opportunities. Additional tens of billions of dollars would be ploughed into the neighbouring Arab nations of Egypt, Jordan, and Lebanon.

It is assumed that these contributions would come from the United States and some of the region’s wealthiest countries, perhaps those which he toured earlier this year.

A ‘Sinai Plan’ for Palestinians

With a two-state arrangement seemingly out of discussion and a one-state solution with “benefits” for Palestinians supposedly in the works, rumours have been swirling that the upcoming peace process initiative will include some out-of-the-box thinking.

“One of them is that the Palestinians will live in Egyptian Sinai. Another, that they will form a confederation between Jordan and the Palestinian Authority”, Edy Cohen, a research fellow at the Bar-Ilan University in Israel, told Sputnik.

This “Greater Gaza” speculation surfaced back in 2017, suggesting that Egypt had agreed to expand the Gaza Strip into the neighbouring coastal section of northern Sinai to implement and supervise infrastructure projects for Palestinians. If put into practice, the purported plan would boost economic growth and development in one of Egypt’s most underdeveloped areas, which has seen a terrorist insurgency this decade.

A Confederation With Jordan

A confederation with Jordan is another interesting possible option; it would see Palestinians form a broadly independent political entity within one union with Jordanians, where specific powers such as security and foreign relations would be entrusted to a single government.

It could be accepted by Israel, which has repeatedly insisted that a future Palestinian state should not pose a military threat to it. Given that Jordan has renounced all territorial claims to the West Bank and East Jerusalem, which it took over from Israel in 1948 and lost in 1967, this would ensure security on Israel’s western flank, as well as help it avoid responsibility for the millions of Palestinians living in the West Bank.

A win-win situation? Amman apparently doesn’t think so. Jordanian officials said this idea isn’t up for discussion as it “undermines any hopes for creating an independent Palestinian state” — a statement in line with the kingdom’s commitment to the two-state formula.

For his part, Fatah leader Mahmoud Abbas instead voiced interest in a three-way confederation with Jordan and Israel.

Any upcoming US proposal, whether it be a Sinai plan, a confederation plan or a one-state plan, Cohen says, will have been agreed upon beforehand with Tel Aviv. “I think Netanyahu and Trump are very close friends and Israel will agree. And everything was done [in] cooperation and in collaboration with Netanyahu”, he suggests.

Whatever Trump has to offer, there are hopes in Israel that his deal will include negotiable points and bring peace to the divided Palestinian territories and the Arab and Israeli nations.

Addressing the expectations that US peace-makers will resolve the situation in Israel and the Middle East overall, Edy Cohen says: “We hope so. We hope. The Israelis want peace, we don’t love wars. We don’t want instability. But we want a solution”.