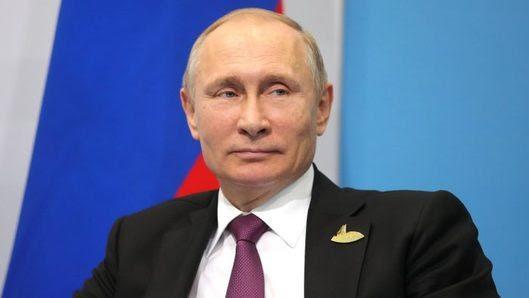 The president’s lawyer says there’s nothing wrong with accepting help from a foreign government, and the political system seems to agree with him.

A quick survey of the American political scene indicates that much of the nation agrees. Nearly three years after the first reports of Russian hacking into Democratic National Committee computers, there’s been little effort to take action that would contradict Giuliani’s judgment. Individuals may disagree, but Congress has made little effort to deter Americans from coordinating with foreign actors. Not only has there been no 9/11 Commission–style attempt to understand what happened in 2016; there’s been no serious federal initiative to harden vulnerable election infrastructure, even after Russia once again meddled in the 2018 elections. By deciding not to act, the American government has effectively decided that foreign interference is acceptable.

The lack of action stems from two roots. The first is Trump’s refusal to acknowledge or condemn Russian interference, apparently due to a fear that doing so would delegitimize his electoral victory. While Giuliani has happily accepted Russian responsibility—“You think this is the first time the Russians have interfered in an American election?” he said on CNN—Trump has not.

The second is a wily rhetorical maneuver by Trump and Giuliani. The president first argued in July 2017, against most evidence, that taking information from foreign governments is standard procedure in politics. In July 2018, Giuliani began emphasizing that argument frequently. The effect was to convert questions about Trump’s personal conduct and about foreign interference into a dry legal matter. Many of Trump’s critics, either not seeing the trap or convinced that Mueller would turn up clear evidence of a criminal conspiracy, went along with the frame.

Even before the Mueller report’s release, a plurality of Americans believed that Trump had “colluded” with Russians, according to Reuters. Mueller eschewed “collusion,” a nonlegal term, and instead noted that while his investigation did not establish the existence of a criminal conspiracy between the campaign and the Russian government, there were “multiple links between Trump Campaign officials and individuals tied to the Russian government” offering assistance. “In some instances, the Campaign was receptive to the offer, while in other instances the Campaign officials shied away,” Mueller wrote.

On State of the Union, Giuliani sparred with the host, Jake Tapper, over whether such conduct was wrong. Curiously, Giuliani said that he would not have accepted such assistance himself, but also that “any candidate in the whole world in America would take information,” and he insisted that there was nothing illegal about doing so. Tapper tried to shift the debate, asking whether taking foreign assistance was “immoral or unethical.”

But this framing, of legality versus ethics, misses an important point. The real forum for this debate going forward is politics—a realm that a cynic might suggest is seldom troubled by either laws or ethics. The question is not merely Should the president be held accountable for his campaign’s work with Russians?, but Should the government do anything to prevent a recurrence of such interference going forward?

Any politician who doesn’t dispute Giuliani’s claim is effectively agreeing that there’s nothing wrong with accepting assistance from foreign governments, provided there is no direct coordination. By extension, there’s nothing wrong with foreign governments interfering in elections—so long as they don’t break laws such as bank- and wire-fraud statutes, which is where the Internet Research Agency went wrong. (Given Trump’s public statements, it’s not clear that he even objects to overt interference that breaks the law.)

The political system could respond with moves in two directions. One would be for Congress to write statutes that would change the situation Giuliani described by explicitly proscribing the acceptance of certain kinds of assistance. This would sidestep thorny questions about whether opposition research is a “thing of value” under campaign-finance statutes and thus illegal to accept. (Mueller was ambivalent.)

The second would be to take proactive steps to prevent foreign interference, whether undertaken with or without the assistance of campaigns themselves. It’s all well for Republicans, including Trump, to fault Barack Obama’s administration for failing to respond more aggressively to Russian interference during the 2016 election, but the logical conclusion of that argument is that the government ought to be doing more. Instead, in 2018, it seemed to be doing less. Even as the nation’s intelligence chiefs warn of “pervasive” Russian attempts to meddle, there’s been no concerted effort to stop them, and some dismantlement of voting-protection functions.

The United States is highly concerned about the physical security of presidential campaigns. The Secret Service grants protection to major-party nominees, and to some candidates during the primary process. Nominees from both major parties also receive funding to create transition teams ahead of the election, which operate out of secure facilities. But there’s not an equivalent for cybersecurity. Since campaigns are private concerns, they’re entrusted with their own security. That has serious risks, as illustrated by the disastrous advice that Hillary Clinton’s campaign chair, John Podesta, received from a campaign tech staffer after being sent a phishing email. The government could deem cybersecurity of campaigns as important and worthy of support as physical security and transitions, but it has not.

Once again, the administration’s hesitation seems to flow from Trump’s personal pique and his fear that anything he does to stop Russia now could be seen as validating claims that the Russians helped him win in 2016. But Congress could act without him, and has done little. Shortly after taking control of the House, Democrats passed a largely aspirational bill that included election-security measures, but the bill was dead on arrival in the Senate. Republicans in Congress seem wary of doing anything to antagonize Trump.

Not acting sends a clear message. First, foreign governments that have an incentive to interfere will see Russia’s success—perhaps helping to defeat Clinton, a candidate the Kremlin hated, and certainly sowing division in American society—and the lack of serious reaction within the United States as an invitation to get in on the act. The Trump campaign, having apparently gotten off scot-free, will have no good reason not to accept more assistance from Russia in 2020. Even if the Trump campaign doesn’t, though, other campaigns presumably will. After all, Giuliani says anyone would do it. Declining to accept assistance if other campaigns do so would be handing your rivals a crucial advantage—and who would do that?

Within a few presidential-election cycles, the fitful, often bumbling Russian interference in the 2016 campaign could seem as quaint as pre-internet campaigns seem today.

Barring Miracles, Netanyahu Could be Put on Trial, But That’s Not the End – Israeli Blogger 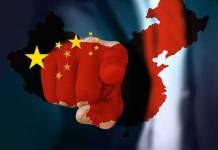