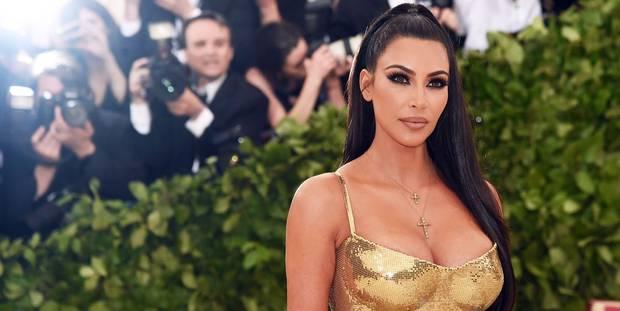 It will always be easy to dismiss Kim Kardashian.

Her faults are many, and documented, but her dedication to self-improvement is just as chronicled. Earlier this month, Kim landed her first solo American Vogue cover and the response was a far cry from the uproar when she first appeared in 2014 with husband Kanye West ahead of their wedding. At the time, it prompted throngs of loyal readers to claim they would be unsubscribing (although there’s little evidence to support they followed through with their statements) and the backlash was furious. “She’s only famous for a sex tape” is the immediate – and obvious – reaction to any of her successes.

Except Kim has moved on from that sex tape -released in 2013 under somewhat spurious means with rapper ex-boyfriend Ray-J – as have her millions of fans around the world, some of whom are too young to even remember that was her initial platform to fame. This time around, she was visibly thrilled to finally be accepted into the fashion industry and there was no Kanye to legitimise her appearance. In 2019, there is no logical reason why Kim Kardashian could not carry a Vogue cover on her own. By now, the the voices shouting she didn’t deserve it back then had been reduced to a few whispers.

What did, however, gain the most attention, was her admission that she plans on becoming a lawyer and taking the California state bar exam in 2022. For those outside the Kardashian news narrative, this was an announcement straight from left field, but for followers, it wasn’t nearly as shocking.

The criticism once again came in its many forms, specifically because Kim never finished college, which is a legitimate argument. In a time of increasing economic divide in the US, it’s easy to dismiss her newfound ambitions as being reflective of her wealth and privilege. But she is simply taking advantage of a precedent in her state which allows those from a non-traditional educational background to pursue law.

It’s a backdoor option which requires a minimum number of college credits (60 and Kim has 75) and an apprenticeship with a willing law firm for which you need to work and study at least 18 hours per week. Each month, you are required to take progress tests in multiple choice and written format and further reports sent to the California State Bar twice per year. First year law students, like Kim, will take the “baby bar”, a one-day test which, again, monitors your progress for the real thing in three years’ time.

With her endless means and the support of a large family and full-time staff, it’s hard to feel sympathy for her social life, but access to significant resources shouldn’t deter someone from challenging themselves, especially with the greater good in mind. Because Kim’s established desire to help a flawed American justice system with particular emphasis on prison reform is rooted in altruism.

Last year, she first brought attention to her new focus with the case of Alice Johnson, who was given a life sentence for a non-violent drug offense 21 years ago before she was given clemency by US President Donald Trump soon after his meeting with Kardashian at the White House. She wasn’t solely responsible for Johnson’s ong-campaigned-for release, but to deny her crucial influence in the decision-making process would be revising history.

Her levels of self-awareness are almost aspirational, a characteristic she’s displayed time and time again during her time in public life and on Monday, she addressed the critique around her new educational pursuits.

“I’ve seen some comments from people who are saying it’s my privilege or my money that got me here, but that’s not the case. One person actually said I should ‘stay in my lane’. I want people to understand that there is nothing that should limit your pursuit of your dreams, and the accomplishment of new goals. You can create your own lanes, just as I am. The state bar doesn’t care who you are,” she wrote on Instagram last night alongside a picture of her studying alongside mentors Jessica Jackson and Erin Haney.

“My weekends are spent away from my kids while I read and study. I work all day, put my kids to bed and spend my nights studying,” she added, “There are times I feel overwhelmed and when I feel like I can’t do it but I get the pep talks I need from the people around me supporting me. I changed my number last year and disconnected from everyone because I have made this strict commitment to follow a dream of mine – It’s never too late to follow your dreams.”

Throughout the course of her studies, she is also indirectly highlighting an alternative, less expensive route to graduate level education in her state, which would normally require an investment of hundreds of thousands of dollars over the course of four years, thus alienating a huge percentage of the population; the portion of the population she has fixed her gaze on helping.

Not bad for a woman who society says we should only know because of a sex tape she made with an ex-boyfriend when she was 22.

Comparatively, modern celebrities do little beyond the collective virtue signalling on social media when tragedy or injustice strikes. Women in Hollywood like Olivia Wilde,Emma Watson, Olivia Munn and Jessica Chastain are also putting their money where their mouth is, using their international celebrity to further causes close to their hearts: through funding Time’s Up, a legal defense fund which represents women in sexual harassment and assault cases or mobilising their passion for equality at the Women’s Marches in Washington DC.

But there is a marked difference between those women’s fans and Kim’s. Kim’s fanbase is largely comprised of a younger demographic – arguably a more politically active generation – and by highlighting the opportunities to better oneself at any age, despite the critics, she is also changing their perception of themselves.

It’s also worth remembering that her late father was an extremely successful attorney, so she has known its impact, potential and the grit required to succeed, from an early age. Is it so bad she wants to leave her children a legacy more than wealth earned from her looks?

There are still a number of legitimate causes to criticise the Kardashians over – their warped perception of body image, their promotion of appetite suppressing lollipops, their penchant for cultural appropriation, the way they flaunt their wealth etc – but to vilify a woman seeking further education as an adult contradicts what we have been asking of celebrities for so long.

Kim Kardashian is not the face of feminism or equality, but if we are constantly searching for genuine influencers – ones with wealth and fame to use their resources as a force for good – why are we ignoring the genuine intentions of one of the most famous women in the world because some people don’t like how she first became famous? 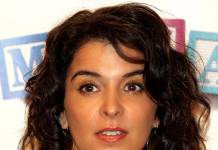 “He Raped Me”: Actress Testifies In Court In Harvey Weinstein Trial

‘Everyone said: Don’t ruin my childhood’: director Marielle Heller on how her Mr Rogers film finally got made