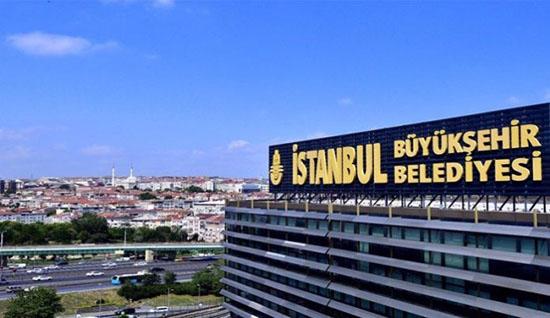 The İstanbul Metropolitan Municipality paid around 13.5 million Turkish lira to a media company on April 17 just hours before the city’s newly elected mayor from the opposition party, Ekrem İmamoğlu, assumed office, according to journalist Murat Ağırel.

Ağırel, who writes for the Yeniçağ newspaper, described in his column on Monday that a huge amount of money paid to İstanbul Digital Media Commerce Inc. was “theft at one time.”

İmamoğlu was certified as mayor on April 17, although the local elections were held on March 31, because the ruling Justice and Development Party (AKP), whose candidate lost the election, disputed the results, asking for a recount of votes in many districts and even demanding that the İstanbul election be held again.

Ağırel, who shared a photo of the invoice, said officials at the municipality made the payment shortly before the takeover because they knew that İmamoğlu would halt municipal payments once he took city affairs under his control.

With regard to the content of the invoice, or what services the municipality received from the media company, Ağırel wrote that it was things such as video preparation, technical support, updating and graphic design for the municipality’s websites.

“The cost of these services cannot be TL 13 million. Can you guess why they were in a rush? This is only one invoice. You can imagine what they could have done over the past 25 years,” said Ağırel.

In the meantime, the owner of the media company is Abdurrahman Tığ, who ran for parliament from the AKP in the general elections held in June 2018 but failed to be elected.

Meanwhile, an İstanbul administrative court last week blocked a decision by İmamoğlu to allow for duplication of the municipal databases for purposes of examination.

İmamoğlu’s decision assigned two municipal inspectors as well as three experts to be designated from within or without the İstanbul Municipality, authorizing them to “copy all electronic databases and infrastructure and to conduct all types of research and examination.”

The court asked for a justification as to why a duplication would be necessary in addition to inspecting the databases and restoring any records that might have been deleted.

The objection was filed with the court by two city council members from the AKP.