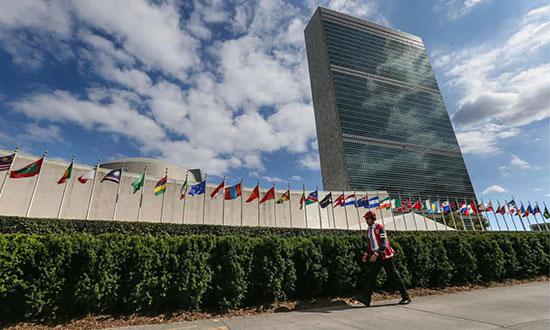 Exclusive: US warns it will reject measure over language on sexual health in latest example of hardline abortion stance

Julian Borger in Washington – The Guardian

The US is threatening to veto a United Nations resolution on combatting the use of rape as a weapon of war because of its language on reproductive and sexual health, according to a senior UN official and European diplomats.

The German mission hopes the resolution will be adopted at a special UN security council session on Tuesday on sexual violence in conflict.

But the draft resolution has already been stripped of one of its most important elements, the establishment of a formal mechanism to monitor and report atrocities, because of opposition from the US, Russia and China, which opposed creating a new monitoring body.

Even after the formal monitoring mechanism was stripped from the resolution, the US was still threatening to veto the watered-down version, because it includes language on victims’ support from family planning clinics. In recent months, the Trump administration has taken a hard line, refusing to agree to any UN documents that refer to sexual or reproductive health, on grounds that such language implies support for abortions. It has also opposed the use of the word “gender”, seeking it as a cover for liberal promotion of transgender rights.

“We are not even sure whether we are having the resolution tomorrow, because of the threats of a veto from the US,” Pramila Patten, the UN special representative on sexual violence in conflict, told the Guardian.

In cases of disagreement in the security council, member states often fall back on previously agreed text, but the US has made it clear it would no longer accept language from a 2013 resolution on sexual violence.

“They are threatening to use their veto over this agreed language on comprehensive healthcare services including sexual and reproductive health. The language is being maintained for the time being and we’ll see over the next 24 hours how the situation evolves,” Patten said.

“It will be a huge contradiction that you are talking about a survivor-centered approach and you do not have language on sexual and reproductive healthcare services, which is for me the most critical.”

In a draft of the resolution seen by the Guardian, the contentious phrase is only mentioned once, in a clause that “urges United Nations entities and donors to provide non-discriminatory and comprehensive health services, including sexual and reproductive health, psychosocial, legal and livelihood support and other multi-sectoral services for survivors of sexual violence, taking into account the specific needs of persons with disabilities.”

A spokeswoman for the US mission said it “does not comment on draft resolutions that are under active negotiation”.

European states, led by Germany, the UK and France, have been resisting abandoning the language on access to family planning and women’s health clinics, as they believe it would mean surrendering the gains of recent decades in terms of international recognition of women’s rights.

“If we let the Americans do this and take out this language, it will be watered down for a long time,” a European diplomat, who asked to remain anonymous because of the sensitivity of the negotiations, said. “It is, at its heart, an attack on the progressive normative framework established over the past 25 years.”

“Until the Trump administration, we could always count on the Americans to help us defend it. Now the Americans have switched camp,” the diplomat said. “Now it’s an unholy alliance of the US, the Russians, the Holy See, the Saudis and the Bahrainis, chipping away at the progress that has been made.”

Diplomats at the security council expect a long night of negotiations on the wording.

The latest version of the draft resolution recognises the work of the informal expert group on women, peace and security, but Patten had argued that the current system does not provide a consistent channel to bring violations on sexual violence to the attention of the security council.

A formal mechanism, with a panel regularly assessing compliance and recommending sanctions, would have given her more leverage on states and non-state groups.

“In the current draft as it stands, the formal mechanism is gone,” she said. “It’s very, very weak.”