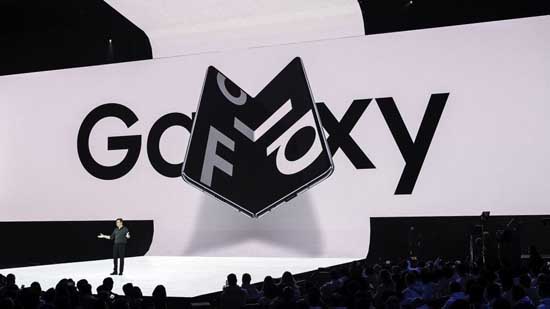 Samsung is recalling all review samples of its new Galaxy Fold device after a slew of bad reviews citing display issues with the device’s trademark screen, just days before its US launch and several key promotional events.

The South Korean tech giant has postponed the Fold’s launch indefinitely while it investigates the issue, the company said Tuesday. Early indications point to impacts on exposed areas of the device’s folding 7.3-inch screen hinges as the likely culprit for the variety of malfunctions.

“To fully evaluate this feedback and run further internal tests, we have decided to delay the release of the Galaxy Fold. We plan to announce the release date in the coming weeks,” Samsung said.

Tech journalists and reviewers reported breaks, bulges and screen malfunctions within 24 hours of receiving their $1,980 device.

In addition, many reviewers removed a plastic covering which is commonplace on current generation smart phones. However, the company neglected to warn them that this plastic protective coating was apparently not supposed to be removed.

“It’s disastrous that Samsung sent samples to reviewers without clear instructions on how to handle the device,” said analyst Kim Young-woo at SK Securities.

While this current issue is unlikely to impact the company’s balance sheet, Samsung had planned on shipping one million Galaxy Fold handsets in 2019, it will cause yet another reputational setback, ahead of a series of major promotional events around the world.

Meanwhile, parts suppliers were much harder hit; while Samsung’s share price dipped 0.3 percent on the news, hinge maker KH Vatc Co Ltd dropped a full three percent. Samsung has weathered similar storms before, including the ‘exploding battery’ scandal which plagued its flagship Galaxy Note 7, forcing a recall of over 2.5 million devices in 2016.

“On the bright side, we have an opportunity to nail down this issue and fix it before selling the phones to a massive audience, so they won’t have same complaints,” a Samsung employee, speaking on condition of anonymity, told Reuters.