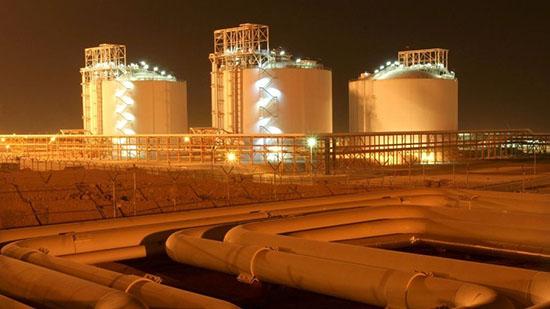 A week before the U.S. announced it was ending sanction waivers for all Iranian oil customers, U.S. President Donald Trump had a phone call with Libya’s eastern strongman Khalifa Haftar who is marching on Tripoli against the internationally recognized government of national accord (GNA), causing analysts to ponder the motivation behind such a move.

The United States seems to be shifting its position on Libya by backing the eastern general and his self-styled Libyan National Army (LNA), who control the oil export terminals in Libya’s Oil Crescent in the east—a likely byproduct of President Trump’s desire to keep oil and gasoline prices in check at a time when the U.S. is tightening the screws on both Iran and Venezuela, analysts told S&P Global Platts’ Brian Scheid and Herman Wang last week.

Haftar has shown his prowess in keeping Libya’s oil flowing at least to some degree, and stability in Libya’s oil industry may be essential to capping higher gasoline prices in the United States.

On Friday, the White House said that earlier in the week President Trump spoke to Haftar and “recognized Field Marshal Haftar’s significant role in fighting terrorism and securing Libya’s oil resources, and the two discussed a shared vision for Libya’s transition to a stable, democratic political system.”

A week or so earlier, U.S. Secretary of State Mike Pompeo had a different stance, saying in a statement that “We have made clear that we oppose the military offensive by Khalifa Haftar’s forces and urge the immediate halt to these military operations against the Libyan capital.”

In light of what we now know: the U.S. ending all exemptions for buyers of Iranian oil, President Trump’s apparent coziness to the man “securing Libya’s oil resources” could be an attempt to defuse one of the major uncertainties in the global oil market while the U.S. is sanctioning Iran and Venezuela and the OPEC+ alliance is cutting production—the Libya factor

President Trump’s fear of high gas prices has been a key talking point in his tweets, as unhappy motorists make for lousy supporters. Trump has made frequent calls on OPEC and its leader Saudi Arabia to stop restraining supply because “oil prices are too high.”

The end of waivers for Iranian oil customers in the “maximum pressure” U.S. campaign against Tehran has likely had President Trump and the Administration working to secure that the oil market will be well-supplied in case the Iranian oil exports were to be choked off to zero.

Although the nine-week straight rise in the U.S. average gasoline price ceased in the week starting on April 22, further increases are in the cards, according to GasBuddy. Further production outages in Libya will exacerbate that issue.

Commenting on the end of Iranian waivers, Patrick DeHaan, head of petroleum analysis for GasBuddy, wrote on Monday:The most vital

“Such a loss of oil in the current environment of OPEC cuts and rising demand would only serve to cause gas prices to continue advancing, something that has repeatedly drawn the scorn of President Trump, but with such a policy change and waivers perhaps ending, it could directly cause another round of gas price increases just as the national average reaches its highest level in months and points to a more painful summer at the pump.”

“With such a policy move, if OPEC fails to increase output to offset the likely drop from an end to Iran waivers, expect oil prices to continue to surge. This will cost Americans billions if the Administration enforces the end to waivers,” DeHaan noted.

The United States and President Trump appear confident that the U.S. allies in OPEC, Saudi Arabia and the United Arab Emirates (UAE), would offset the loss of Iranian oil exports, but that reality is far from certain.

Announcing the end of the waivers, the White House said:

“The United States, Saudi Arabia, and the United Arab Emirates, three of the world’s great energy producers, along with our friends and allies, are committed to ensuring that global oil markets remain adequately supplied. We have agreed to take timely action to assure that global demand is met as all Iranian oil is removed from the market.”

President Trump tweeted “Saudi Arabia and others in OPEC will more than make up the Oil Flow difference in our now Full Sanctions on Iranian Oil.”

Saudi Arabia, for its part, issued a measured response to the end of the waivers, vowing to work toward “market stability”, but stopping short of announcing any immediate production increase, as it did last year when it ramped up oil production ahead of the U.S. sanctions waivers decision, only to see exemptions for eight Iranian buyers, an oversupplied market, and crashing oil prices.

Saudi Arabia is closely monitoring the developments, reaffirming its “long-standing policy of working towards oil market stability at all times,” Saudi Energy Minister Khalid Al-Falih said in a statement on Monday.

“In the next few weeks, the Kingdom will be consulting closely with other producing countries and key oil consuming nations to ensure a well-balanced and stable oil market, for the benefits of producers and consumers as well as the stability of the world economy,” al-Falih said.