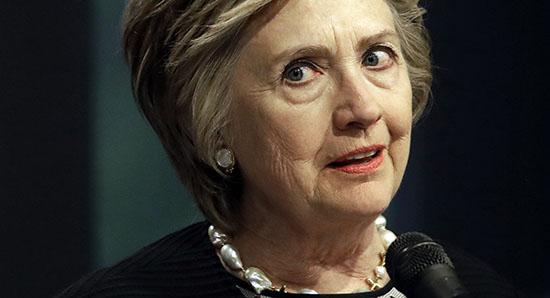 The last time Congress rushed to impeach a US President, his ratings skyrocketed. Besides, as the former US State Secretary notes in her Washington Post op-ed, the Democratic Party has other things to take care of.

Hillary Clinton has warned Democratic lawmakers against rushing to impeach US President Donald Trump, saying it would be a mistake at this point.

In her op-ed in The Washington Post, the former attorney, Senator and Secretary of State noted that the Dems have oversimplified the debate on how to “hold President Trump accountable for obstructing the investigation and possibly breaking the law” to what she called a “false choice” between “immediate impeachment or nothing”.

Clinton argued that the last attempt to impeach a US president, which was also rushed, backfired horribly.

“In 1998, the Republican-led House rushed to judgement. That was a mistake then and would be a mistake now,” Clinton wrote.

Back in 1998, the Republican-led House initiated an impeachment procedure against President Bill Clinton on charges of perjury and obstruction of justice. The move was thwarted by the Senate, which failed to gather the required amount of votes despite being dominated by the Republicans as well. Following the failed impeachment, Bill Clinton’s approval rating skyrocketed to 73% — the highest during his presidency.

According to Clinton, the 1974 impeachment of President Nixon over the Watergate scandal went much better, because Congress resorted to televised open hearings of White House employees, which “helped the public understand the facts in a way no dense legal report could”, and such hearings are what the lawmakers should resort to this time.

Interestingly, she has also called on the Democrats to tone down the impeachment issue and focus on the “sensible agenda” that voters demanded in the midterms, pointing out that during Watergate, Congress managed to pass a set of important bills. Being too focused on fighting Trump instead of doing actual lawmaking has become a point of criticism against the Democrats recently.

“It’s critical to remind the American people that Democrats are in the solutions business and can walk and chew gum at the same time,” Clinton writes.

The former secretary of state admits that the issue at hand is “personal” for her, as she calls herself a “target of the Russian plot,” adding that she may not be the “right messenger”.

In November 2016, Clinton took Trump’s victory in the Presidential race hard. When the vote result was announced, she failed to come out to her supporters who’d gathered at the Javits Center on election night. Instead, John Podesta, Clinton’s campaign chairman, came out and told everyone to go home as there would be no speech from the Democratic nominee that night. This was the second time Clinton was defeated as a presidential candidate. Since then, Clinton has mostly stayed in the background of US politics. In April 2017, Clinton said she would not seek public office again.

The House Judiciary Committee is currently investigating whether President Donald Trump obstructed justice amid Special Counsel Robert Mueller’s probe into allegations of Trump-Russia collusion. Despite no proof of obstruction has been found, some Democratic lawmakers have already called for impeachment of President Trump.