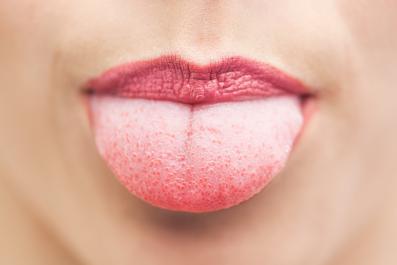 The receptors that dot our noses and help us to smell also populate our tongues, according to a new study. Researchers at the Monell Chemical Senses Center have discovered working olfactory (smell) receptors in the taste-sensing cells on the papillae of the tongue. The findings were published in the journal Chemical Senses.

It is thought that the systems that enable us and other mammals to taste and smell are separate, and our brains combine this information so we can experience flavor. While the tongue deals with whether food is salty, sweet, sour, bitter, or umami, our noses provide more detail from smells.

As such, the study calls into question whether the mixing of smell and taste first happens in the brain. Instead, it provides evidence suggesting the process that creates flavor may first happen in the tongue.

However, Dr. Mehmet Hakan Ozdener, senior study author and a cell biologist at Monell Chemical Sense Center, stressed to The Guardian: “I am not saying that [if you] open your mouth, you smell.”

He said in a statement: “Our research may help explain how odor molecules modulate taste perception. The presence of olfactory receptors and taste receptors in the same cell will provide us with exciting opportunities to study interactions between odor and taste stimuli on the tongue.”

To arrive at their conclusion, scientists used genetic and biochemical tests to study human taste cells in a lab. They also used calcium imaging, which showed taste cells react to smells similarly to cells which pick up odor.

Ozdener was inspired to carry out the research after his 12-year-old son asked him if snakes waggle their tongues out of their mouths to smell.

The team hopes the research could help to combat the obesity epidemic, by creating flavor without the need for heaps of delicious yet unhealthy ingredients.

“This may lead to the development of odor-based taste modifiers that can help combat the excess salt, sugar, and fat intake associated with diet-related diseases such as obesity and diabetes,” he said.

The team also hopes their work will shed light on the little-understood olfactory system, which contains around 400 different receptors which enables us to smell.

Earlier this week, a separate team published a study showing humans use their sense of smell to navigate space. The scientists behind the study published in the journal Neuron created a “smellscape” in a room featuring the scent of pine and banana, which participants moved around.