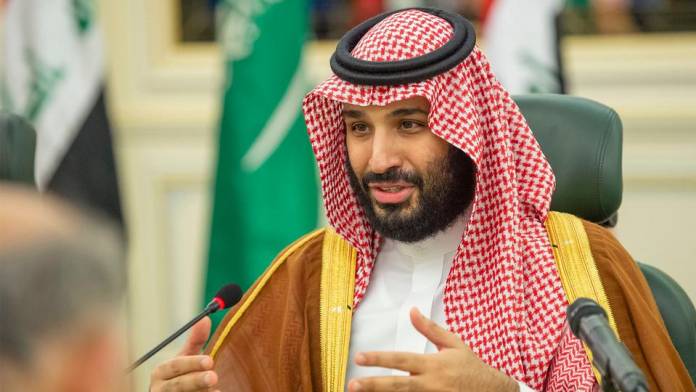 Amnesty International said most of those executed were convicted “after sham trials” that relied on confessions extracted through torture.

Saudi Arabia on Tuesday beheaded 37 of its own citizens, most of them minority Shias, in a mass execution across the country for alleged terrorism-related crimes.

In a gruesome show of its draconian laws, police also publicly pinned the executed body and severed head of a convict to a pole which they say was a warning to others.

The executions are likely to further stoke regional and sectarian tensions between ultraconservative Sunnis Saudi Arabia and Shia Iran.

Saudi dissident Ali al Ahmed, who runs the Gulf Institute in Washington, identified 34 of those executed as Shias based on the names announced by the Interior Ministry.

“This is the largest mass execution of Shias in the kingdom’s history,” he said.

Amnesty International also confirmed the majority of those executed were Shia men. The rights group said they were convicted “after sham trials” that relied on confessions extracted through torture.

It marked the largest number of executions in a single day in Saudi Arabia since January 2, 2016, when the kingdom executed 47 people for terrorism-related crimes in what was the largest mass execution carried out by Saudi authorities since 1980.

Among those executed three years ago were four Shias, including prominent cleric Nimr al Nimr, whose death sparked protests from Pakistan to Iran and the ransacking of the Saudi Embassy in Tehran.

Saudi-Iran ties have not recovered and the embassy remains shuttered.

King Salman ratified by royal decree Tuesday’s mass execution and that of 2016.

The kingdom and its Sunni-led Arab allies have been emboldened by US President Donald Trump’s unwavering dedication to pressuring Iran’s Shia clerical leadership, which includes his decision to unilaterally shred a six-party nuclear agreement with Iran, re-impose punishing sanctions in a bid to cripple its economy, and add Iran’s Revolutionary Guard to Washington’s terror list.

“This is political,” he said. “They didn’t have to execute these people, but it’s important for them to ride the American anti-Iranian wave.”

The Interior Ministry’s statement said those executed had “adopted extremist ideologies” and “formed terrorist cells with the aim of spreading chaos and provoking sectarian strife.”

It said the “individuals had been found guilty according to the law” and ordered “executed by the Specialised Criminal Court in Riyadh”, which specialises in terrorism trials, and the country’s high court.

In what is widely considered to be “sham trials”, the individuals were “found guilty of attacking security installations with explosives, killing a number of security officers and cooperating with enemy organisations against the interests of the country”, the Interior Ministry said.

The statement was carried across state-run media, including the Saudi news channel al Ekhbariya.

Shia religious leader seeking dialogue with Sunnis among those executed

Al Ahmed said among those executed was Shia religious leader Sheikh Mohammed al Attiyah, whose charges included “seeking to form a sectarian group in the western city of Jeddah”.

Al Ahmed said the sheikh publicly spoke of the need to work closely with Saudi Arabia’s Sunni majority and would lead small prayer groups among Shias.

In a speech he gave in 2011 under then King Abdullah, the sheikh was quoted as saying that frank and open dialogue between Sunnis and Shias could help strengthen Saudi unity.

He urged patience and expressed hope in a national dialogue that had taken place among Shia dissidents and Sunni leaders.

“As long as we live in the same country, we have no choice but to accept one another and live with one another, no matter the degree of difference between us,” he said.

Amnesty International said 11 of the men were convicted of spying for Iran and sentenced to death after a “grossly unfair trial.”

At least 14 others executed were convicted of violent offences related to their participation in anti-government demonstrations in Shia-populated areas of Saudi Arabia between 2011 and 2012.

Among those put to death was a young man convicted of a crime that took place when he was 16 years old, said Amnesty.

Saudi Arabia’s supreme council of clerics, who are all ultraconservative Sunnis, said the executions were carried out “in accordance with Islamic law,” even though both Sunni and Shia clerics around the world have found no Islamic law which justifies Saudi’s actions.

Body pinned to a pole in public display

The Interior Ministry said the body of one of the executed men, Khaled bin Abdel Karim al Tuwaijri, was publicly pinned to a pole.

The statement did not say in which city of Saudi Arabia the public display took place.

He appears to have been convicted as a “Sunni militant,” though the government did not give a detailed explanation of the charges against each individual executed.

Those executed hailed from Riyadh, Mecca, Medina and Asir, as well as Shia Muslim populated areas of the Eastern Province and Qassim.

The executions also took place in those various regions.

It brings the number of people executed since the start of the year to around 100, according to official announcements.

Last year, the kingdom executed 149 people, most of them drug smugglers convicted of non-violent crimes, according to Amnesty’s most recent figures.