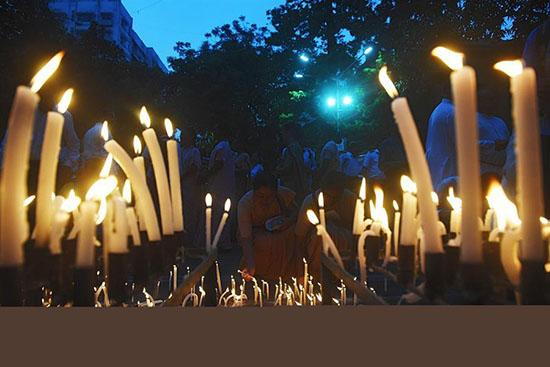 Most of the attackers behind the Easter Sunday bombings in Sri Lanka that killed 359 and wounded more than 500, come from the middle, upper-middle-class families, said the country’s deputy defense minister on April 24

Sri Lankan security forces detained 18 new suspects in the Easter bombings, as the government admitted that “major” intelligence lapses had led to a failure to prevent the attacks.

ISIL’s claim of responsibility for Sunday’s strikes on three hotels and three churches increased pressure over ignored warnings of the bombings, and the government announced sackings in the security forces and police leadership.

The government has said more attacks are possible and in a sign of the heightened tensions, authorities carried out at least two controlled explosions of a suspect package and vehicle on Wednesday.

Wijewardene also gave new details on the bombers. One had studied in Britain and then did post-graduate studies in Australia before returning to Sri Lanka. Others were also believed to have traveled abroad, he told a press conference.

“Most of them are well-educated and come from the middle, upper-middle-class families, so they are financially quite independent and their families are quite stable financially, that is a worrying factor in this,” the minister said.

Amid the frantic hunt for suspects, ISIL claimed responsibility for the strikes and released photos and video of the men it said were involved in the attacks.

Seven of the eight men in the images had their faces covered.

The authenticity of the images could not be independently verified but experts said the attacks bear many hallmarks of a coordinated ISIL operation.

The government has blamed a local Islamist group, National Thowheeth Jama’ath (NTJ), and said they were investigating whether the bombers had foreign help.

The deputy defense minister said it was believed the suicide bombers came from an NTJ “splinter group” whose leader had killed himself.

Sri Lankan police sources have told AFP that two Muslim brothers, sons of a wealthy Colombo spice trader, blew themselves up at the Shangri-La and the Cinnamon Grand hotels.

Their father is now one of the 58 in custody.