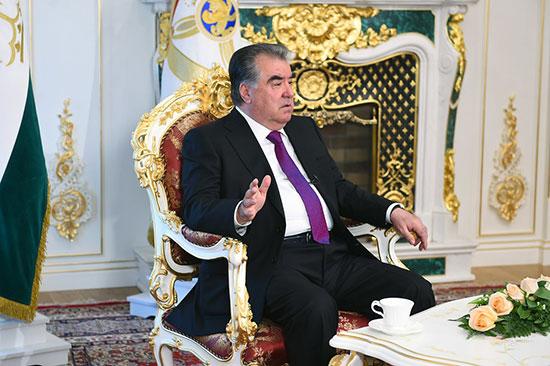 Authorities in Tajikistan have caved to a vocal grassroots campaign and dropped plans to drastically hike prices for mobile internet connections.

This surprise change of heart has shown that the country’s civil society still has some life, despite years of repression at the hands of President Emomali Rahmon’s increasingly arbitrary and undemocratic regime.

The planned more-than-twofold increase in the cost of getting online would have proven an unaffordable luxury for many impoverished people for whom the internet provides an indispensable means for keeping in touch with close relatives overseas. Hundreds of thousands of Tajiks spend many months of the year in Russia and other countries for work.

Rahmon’s office announced late on April 23 its decision to overturn a decree adopted earlier this year by the state antimonopoly body to set new mandatory minimum mobile internet tariffs. The statement was brief, but it did add that the officials who had pushed through the price rise could face sanctions.

RFE/RL’s Tajik service, Radio Ozodi, quoted presidential spokesman Abdufattoh Sharifzoda as saying that Rahmon was unaware of the price hike in the first place. This claim of ignorance appears unconvincing since Rahmon’s effective role as both head of state and the government means it is unlikely any such policy could have been adopted without his say.

Creating independent groups to resist government initiatives is dangerous business in Tajikistan, where the authorities do not tolerate even cursory dissent. That notwithstanding, opponents of the internet tariffs embarked on petition drives and addressed Rahmon personally with their complaints.

“We are not talking about demonstrations, it was all done lawfully. We citizens have the right to address our president and air our complaints,” said Dilnoza Muiddinnova, who was part of the signature-gathering initiative.

Grumbling online is commonplace, even in Tajikistan, but taking things to the real world is another matter altogether. When Muiddinnova’s group gathered 200 signatures at a get-together this week outside the Opera and Ballet theater in the capital, Dushanbe, it was a big deal. University students who turned out faced threats of expulsion.

The now-cancelled Anti-Monopoly Service order that came into effect on April 18 required mobile phone service providers to begin charging a minimum of around 6.2 diram (around $0.007) per megabyte of traffic, instead of the previous 2.5 diram. The cost of making phone calls was also radically increased.

The implications were grave.

We Are Social, a multinational social media marketing and communications services company, estimated in its most recent Digital Reports survey that of the 3 million or so internet users in Tajikistan, around 1.9 million use mobile connections to get online. This is in part because only the country’s largest urban centers – Dushanbe, Khujand, Bokhtar and some others – provide viable fixed-line connections.

Officials offered a barrage of justifications.

Nazar Odinazoda, deputy head of the Anti-Monopoly Service, said revenues to the state coffers had fallen because so many people had stopped making international calls, preferring instead to use apps like Viber and WhatsApp to speak to relatives.

Odinazoda went further and argued that most young people were anyhow only using the internet to watch pornography and view violent images.

“Now they will use the internet more wisely,” he said, speaking days before the president called off the plans.

Meanwhile, the deputy head of the communications regulator, Ilhomjon Atoyev, told Asia-Plus news agency that a reduction in internet use would improve people’s vision.

“They [will] play fewer [games] and not ruin their sight. This will protect their health,” Atoyev said.

Religious figures got in on the act too. Eshoni Sirojiddin Abdurahmonov, a conservative Muslim preacher, said in a video message that the internet was “the plague of the century.”

“The internet is the source of all misfortunes in Tajikistan. It is at the root of misbehavior and betrayal,” Abdurahmonov said in the message, which was uploaded to the internet.

Parviz Mullojanov, a Tajik political analyst now based in the United States, said it appeared that President Rahmon and his team had not reckoned on the scale of public outcry.

“They aren’t fools. They too were amazed when everybody mobilized. I was surprised myself. The wave [of indignation] was just too big,” Mullojanov said.

This surge of engagement has – perhaps only momentarily – awakened a sense that gentle activism can have an effect.

“The authorities have come to understand that their crackdown cannot last forever. The younger generation is made up of people who can no longer be cowed with talk of a new civil war breaking out if there is public discontent,” blogger Rustam Gulov told Eurasianet.

By backtracking, the government may have defused the anger and taken the wind out of the sails of spontaneous grassroots initiatives, but it may also have acted too late to totally quash the mood of activism.

“The most active people have understood that they can make their voices heard and civil society may have added a few enterprising individuals to its ranks. At least some people have gained some degree of civic awareness. And that is not bad,” Gulov said.

Abudmannon Sheraliyev, another foreign-based political commentator, said that the government may have been motivated by the hard realities of how many people were reacting to the internet price rise.

“They saw the first consequences: tens of thousands of people in near-border areas switched to telecoms operators based in neighboring countries. And many more began to give up on their extra SIM cards and save money that way,” Sheraliyev said.

Even if Tajiks are vigorously discouraged from engaging in politics and voicing dissent, online spaces still remain a lively space for gentle mockery. And this internet story has sparked a lot of that.

One meme that circulated widely offered up this conundrum: Riddle me this – it was born in America, developed all over the world and died in Tajikistan. The answer was, of course, the internet.

A Facebook user going by the name Shuhrat S. Sharipov used the reversal of the Anti-Monopoly Service order to wish people a late Happy Easter, which was celebrated this weekend in many parts of the Christian world.

“A real Easter. The internet died. And now the internet has risen,” Sharipov wrote.