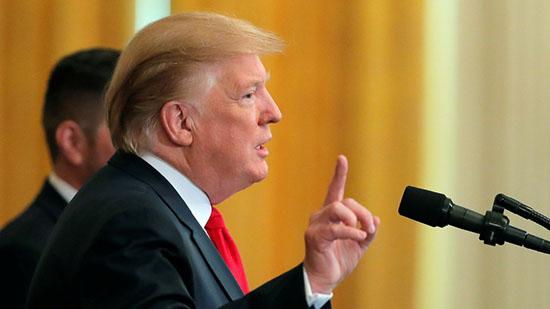 US President Donald Trump has threatened to send more armed troops to the southern border with Mexico after Mexican soldiers confronted US personnel and disarmed at least one of them on the American side of the border.

“Mexico’s Soldiers recently pulled guns on our National Guard Soldiers, probably as a diversionary tactic for drug smugglers on the Border,” Trump wrote in a tweet on Wednesday.

“Better not happen again!” he added. “We are now sending ARMED SOLDIERS to the Border. Mexico is not doing nearly enough in apprehending & returning!”

Mexico’s Soldiers recently pulled guns on our National Guard Soldiers, probably as a diversionary tactic for drug smugglers on the Border. Better not happen again! We are now sending ARMED SOLDIERS to the Border. Mexico is not doing nearly enough in apprehending & returning!

Last year, Trump deployed thousands of troops to the border to assist National Guard troopers in protecting the border against several caravans of Central American migrants who traveled through Mexico in hopes of entering the US. Many of those troops were already armed.

Earlier this month, Mexican soldiers stopped two American soldiers in a remote area of Texas and reportedly disarmed one of them.

Mexico blamed the incident on confusion, claiming that the Mexican soldiers thought the Americans had crossed into Mexico. The country has made it clear that it was not looking for confrontation with the US.

US Northern Command, which coordinates military support for Customs and Border Protection, said the American troops were on board a CBP vehicle in a remote area of US territory beyond the border wall but still on American soil.

“After a brief discussion between the soldiers from the two nations, the Mexican military members departed the area,” Northern Command said in a statement.

“We are not going to fight with the government of the United States,” he said. “The most important thing is that we want a relationship of mutual respect and cooperation for development.”

Mexico’s foreign relations department characterized the incident as “routine” confusion in an area where the line separating the two countries is unclear.

Reacting to Trump’s comments on Mexican soldiers, Obrador said that his government didn’t want confrontation, adding: “We are not going to fall for any provocation”

While not all US service member deployed to the border carry weapons, many of them, like the two confronted by the Mexican soldiers while allegedly performing a so-called “mobile surveillance camera” mission, are armed for self-protection.

The US Department of Homeland Security already has been said to be drawing up plans for requesting additional military assistance from the Pentagon. The new plans, defense officials say, will likely result in the deployment of 300 to 500 more troops.

In recent days, there have been about 8,000 Central American migrants moving through southern Mexico in various groups. Trump exaggerated the figure in his tweets, claiming, “A very big Caravan of over 20,000 people” had “started up through Mexico.”

A very big Caravan of over 20,000 people started up through Mexico. It has been reduced in size by Mexico but is still coming. Mexico must apprehend the remainder or we will be forced to close that section of the Border & call up the Military. The Coyotes & Cartels have weapons!

The American head of state’s tweet came two days after Mexican police and immigration agents detained hundreds of Central American migrants in the largest single raid on a migrant caravan yet since the groups started entered the country last year.