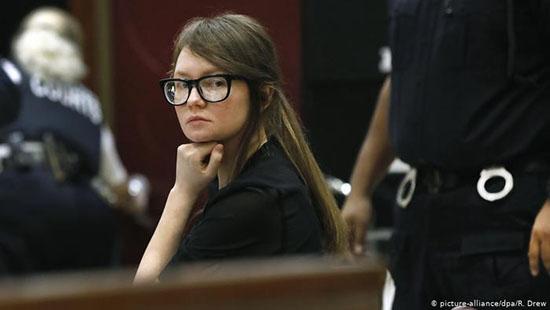 German-Russian woman Anna Sorokin has been convicted of grand larceny and other felonies for bankrolling a lavish lifestyle by claiming she was a German heiress. She could face five to 15 years in prison.

A New York jury on Thursday convicted Anna Sorokin, a German-Russian woman who passed herself off as a German heiress to bankroll an extravagant lifestyle, of multiple felonies.

The Manhattan jury found Sorokin, 28, guilty on four counts of theft of services, three counts of grand larceny and one count of attempted grand larceny.

Sorokin, who is scheduled to be sentenced on May 9, could face between five an 15 years in prison, according to her defense attorney, Todd Spodek. She also faces deportation back to Germany because authorities say she overstayed her US visa.

Using the name Anna Delvey, Sorokin tricked friends and financial institutions into believing she had a fortune of about €60 million ($67 million). She claimed her father was a diplomat or an oil baron when in reality he is a former trucker and manager of a middle-sized business who lives in Eschweiler, a town in western Germany near the Dutch border.

Her deception allowed her to lead a lavish lifestyle that included months-long stays at extravagant New York hotels and eating at gourmet restaurants with celebrities, much of which she documented on her Instagram account.

She was accused of forging financial records in an application for a $22 million loan to fund a private art club she wanted to build in Manhattan, prosecutors said. She was denied the loan but persuaded one backer to lend her $100,000, an amount she failed to repay.

The verdict followed two days of deliberations where jurors repeatedly asked for clarification on the law. They indicated to the judge that they had initially reached a stalemate due to one uncompromising juror, but reached a unanimous verdict two hours later.