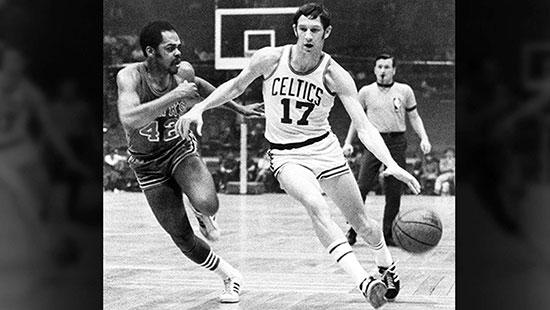 John Havlicek, a legendary Boston Celtics star behind one of the most famous plays in NBA history, died Thursday at 79, the team announced.

The Hall of Famer’s cause of death was not immediately clear, but the Celtics said he died in Jupiter, Florida.

The basketball star was described by the team in a statement as “one of the most accomplished players in Boston Celtics history, and the face of many of the franchise’s signature moments.”

Havlicek, with the nickname “Hondo” for his resemblance to John Wayne, was known for one of the most iconic plays in league. In the final seconds of the 1965 Eastern Conference final against the Philadelphia 76ers, he stole Hal Green’s inbound pass.

He was drafted in the first round in 1962 out of Ohio State — where he helped lead the Buckeyes to the 1960 national championship — by a Celtics team stocked with stars Bill Russell, Bob Cousy, K.C. Jones, Sam Jones, Tom Sanders, Tom Heinsohn and Frank Ramsey.

The legend, described by the Celtics as “kind and considerate, humble and gracious,” went on to win eight NBA championships and an NBA Finals MVP award with Boston, setting Celtics career records for points and games.

Havlicek was named one of the 50 Greatest Players in NBA history, and enshrined in the Naismith Memorial Basketball Hall of Fame in 1984. The Celtics said his retired #17 jersey hangs in the rafters of TD Garden, the stadium home to the team.

The team said Havlicek’s “defining traits as a player were his relentless hustle and wholehearted commitment to team over self.”

“He was extraordinarily thoughtful and generous, both on a personal level and for those in need, as illustrated by his commitment to raising money for The Genesis Foundation for Children for over three decades through his fishing tournament,” the statement read. “He was a champion in every sense, and as we join his family, friends, and fans in mourning his loss, we are thankful for all the joy and inspiration he brought to us.”