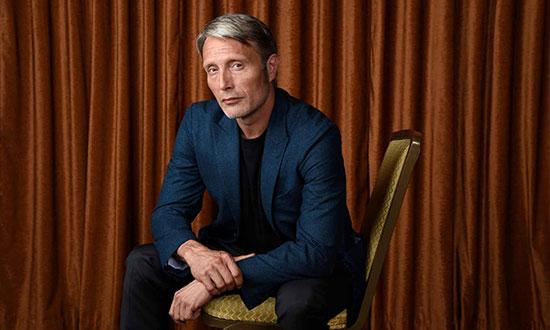 The star of Hannibal, The Hunt and new film Arctic doubts frank conversation is possible in the wake of #MeToo. But is he really also sceptical about climate change?

“To be frank, I just thought it was silly,” says Mads Mikkelsen. “Sitting down and writing down 10 commandments of how to approach film-making? ‘The story is important’ – no shit, Sherlock! Seriously? Do you have to write that down? Was it not important before you wrote it down? All these things were common fucking sense to me.

“So, yeah, I had mixed emotions for it at that time. But,” he adds, diplomatically, “we should be super-grateful for the movement. It was a fantastic way of placing Denmark on the map.”

If anyone has a right to criticise, it’s probably Mikkelsen. Emerging from the Danish film scene at around the same time as Dogme with a role in Nicolas Winding Refn’s 1996 crime drama Pusher, the 53-year-old actor has since become, alongside Von Trier and Viggo Mortensen, arguably the country’s most famous cinematic export.

In Europe he has gained a reputation for committed performances in complex indie dramas such as Thomas Vinterberg’s The Hunt, a horribly tense tale of a man falsely accused of molestation, for which he won best actor at Cannes. Across the pond, his handsomeness (he has been voted Denmark’s sexiest man on numerous occasions) and air of suave, detached menace have made him a go-to blockbuster villain, both in Bond (Casino Royale’s Le Chiffre) and the Marvel universe (cult leader Kaecilius in Doctor Strange), as well as a meaty role as a certain Dr Lecter in the TV adaptation of Hannibal.

It’s hard to square those sadistic baddies with the rugged, cheerful, backslapping figure waiting at the reception of the Danish public broadcaster DR. (For a start, Lecter wouldn’t have been seen dead in the hygge-ish jumper Mikkelsen is sporting.) You almost wonder what the Hollywood execs saw in him to cast him as their go-to antagonist – though Mikkelsen reckons his soft Scandi-rasp might have been a factor.

“You Brits have been playing villains for years because of your accent, and now it’s the [turn of the] funny Scandinavian accent,” he says cheerfully. “I don’t mind it at all. If the alternative is that I don’t play anything over there, I’ll just play the villain.”

Happy as he is committing himself to a life of evil, it seems that things might be changing for Mikkelsen. This year has seen the release of two US-backed films that have lured him out of the darkness and into the light. Both share curiously similar names, though are of markedly differing quality. First, there was Polar, January’s slightly daft, gore-streaked Netflix genre flick, in which he plays an assassin on the run from his previous employers.

Better is Arctic, a gruff, minimalist thriller from YouTuber-turned-director Joe Penna. Set in a isolated corner of the Arctic circle, it stars Mikkelsen as Overgård, a stranded pilot who has grown glumly accustomed to his daily survivalist routine – monitoring rations, keeping an eye out for polar bears, building vast SOS signs in the snow – but has lost all sense of his own humanity. “He’s comfortably numb, a walking zombie, the walking dead,” Mikkelsen sighs. “There is no light in his eyes. There’s no hope.”

Hope does eventually come in the form of a search-and-rescue helicopter, which then takes a plunge into a nearby ravine. The lone survivor is a young co-pilot (played by Icelandic actor Maria Thelma Smáradóttir) whose life-threatening injuries force Overgård out of his self-absorbed stupor. He pumps her full of pain medication, wraps her in a sleeping bag and begins a dangerous journey into the frosty expanse. “All of a sudden he becomes human again, he becomes alive.”

For Mikkelsen superfans, the sort who send him shonky sketches of himself on Twitter, the film is pure Mads-porn: he’s front and centre of every scene, and responsible for just about every line of the sparse dialogue. But for the man himself, Arctic was nothing less than an ordeal. Filmed in a remote part of Iceland over just 19 days (it should have been 30, but extreme weather messed with the schedule), it saw the actor work endless gruelling shifts, many of which consisted of dragging his co-star on a toboggan through the snow. And, while his character is careful to not exert too much energy with calories at a premium, Mikkelsen had no such luxury.

“I did 12 to 13 hours a day walking,” he explains. “Just to get the amount of calories [for that] was impossible. So I just forgot to eat that much and got weaker and weaker from day one.”

Hunger pains aside, one of Mikkelsen’s biggest takeaways from the shoot was the starkness and savageness of the landscape around him. “Nature doesn’t give a shit about us. There were quite a few takes [where] we would be a couple of miles away from each other and then a blizzard came and we knew, ‘If I don’t get up now, and start walking, nobody’s going to find me.’ And you know, that’s not too bad. My closest relatives, my family, my friends, they will be sad. But the world doesn’t give a shit. And to be insignificant is a fantastic feeling.”

Nature might not care about us, but there is the growing sense – with every doom-laden report on rising temperatures – that we should be giving more of a damn about nature. Indeed, one of the strangely poignant aspects of the film is the sense that the gleaming, forbidding landscape Mikkelsen is forced to trudge across might not be there for much longer. Yet, when I put this to him, he is not only keen to underline that Arctic is not “a political film”, but seems uncertain about the climate-change movement altogether.

This claim, as well as being factually dubious – 97% of scientists believe that climate change is man-made – comes as a bit of surprise. In 2010, Mikkelsen appeared in a video calling for the public to pressure governments on climate change, which ends with him shouting through a giant megaphone: “Let your voice be heard.” Given that was a decade ago, and the situation seems so much drastic now, you would half expect him to be glueing his backside to tube trains with Extinction Rebellion. Has he become – gasp – a sceptic?

“I’m not a sceptic in the sense that I do think it’s changing,” he says. “But I also know for a fact that it has been changing for always. So there are different graphs showing different things, and we have to find common ground and figure out what we can do and what is the smartest thing to do.” (One solution he says, is investment in nuclear energy, “but nobody wants to have a talk about that”.)

Speaking to Mikkelsen, you sense a tension between the desire to speak plainly and concern over the controversy that might cause. Discussing the sexual allegations made against the head of Zentropa, the Danish studio responsible for many of the Dogme films, as well as The Hunt, we touch on the wider #MeToo movement against sexual harassment in cinema. He is at pains to note that “there has obviously been a very, very disturbing culture, and thank God it’s being addressed”, but also says that he is “reluctant to go there”. Is he worried about slipping up?

“Not slip up – I’m saying, one word wrong and you’re a dead person,” he says, before citing the fate of Matt Damon, who was criticised in 2017 for suggesting that sexual abuse allegations should be treated on a “spectrum of behaviour” and bemoaning a “culture of outrage”. For Mikkelsen, Damon is “the most politically correct person in history. He said something quite common sense and he got fucking slaughtered. So this is not a healthy discussion any more.”

It seems slightly odd that Mikkelsen is so cautious when it comes to what he says, but less so in what he does: he’s quite content to starve half to death in the Arctic Circle or – as was the case with another of his films, the Viking epic Valhalla Rising – strip half naked and hurl himself across the rough terrain of the Scottish Highlands.

“I have come back from films with all kinds of injuries. It’s part of the game,” he says.

So is that why he puts himself through all this agony? As a game, a challenge? “Honestly, I don’t care about challenges. A lot of the films I have done have become crazy challenges. But that’s not what I’m looking for. I can easily strip naked and try to climb Mount Everest tomorrow, if I wanted to have a challenge. I don’t find it interesting in film, that’s more like a personal project.”

“But,” he adds, “if it does take me to be naked and climb Mount Everest, if that would make a better film, that’s what we do.”