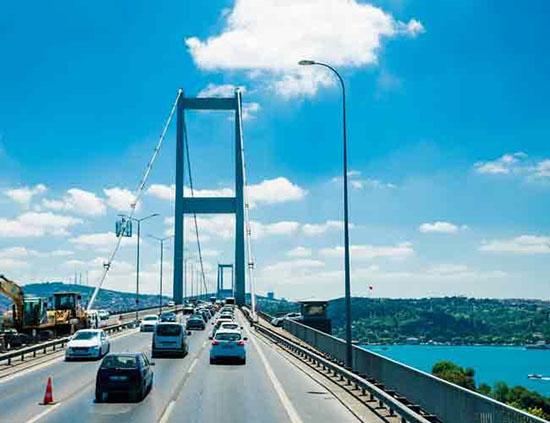 The General Directorate of Highways reported that the July 15 Martyrs’ Bridge and the Fatih Sultan Mehmet Bridge, connecting Europe and Asia over the Bosphorus in Istanbul, yielded nearly 105 million Turkish liras ($19.5 million).

In the January-March period, over 100 million motor vehicles paid tolls to use highways and bridges in the country.