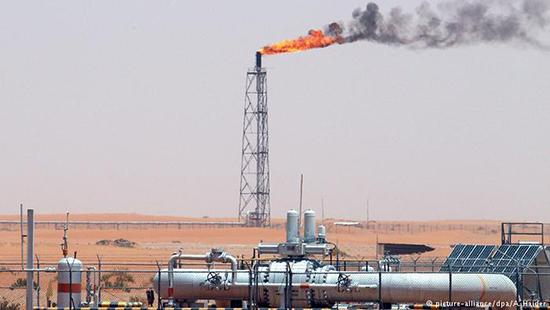 Global finance leaders, who boycotted the Saudi investment summit last year over the murder of journalist Jamal Khashoggi, have returned to Riyadh despite the beheadings of dozens of people this week.

Big investors, particularly from Wall Street, joined panels at the two-day financial forum which began on Wednesday in Riyadh.

Larry Fink, CEO of US investment corporation BlackRock, told the conference that his company had bought some of Saudi state-owned oil giant Aramco’s bonds and was looking for other “opportunities” in the kingdom.

“This is an economy that we have a lot of confidence in, I think the future is bright,” he said, adding: “We are excited about the role that we can continue to play here.”

Fink added: “The changes here in the kingdom in the last two years are pretty amazing.”

The summit is taking place as Riyadh announced on Tuesday it had executed 37 people in connection with alleged ‘terrorism crimes.’ The majority of those killed were Shiite Muslims.

United Nations High Commissioner for Human Rights Michelle Bachelet condemned the mass executions, calling them “shocking” and “abhorrent.” “At least 3 [of the men] were minors when sentenced & one of the men’s bodies was put on public display,” her office said in a statement on Twitter.

The presence of global leaders is in sharp contrast to a similar event last year. Many political and business elite decided to skip that forum due to the international scandal over the killing of Washington Post journalist Jamal Khashoggi. After initial denials, Riyadh admitted that Khashoggi was murdered by “rogue” agents of the Saudi government while visiting the country’s consulate in Istanbul last October.

Despite that, big investors appear to be focused on potential deals in the largest Arab economy.

Saudi Energy Minister Khalid al-Falih told the forum that Aramco would be active in debt markets and that the $12 billion it raised in its debut bond issue was “only the beginning.” The country’s stock market, which has seen an upsurge in foreign fund flows since the start of 2019, is one of the best performing in the region, up nearly 18 percent year-to-date. 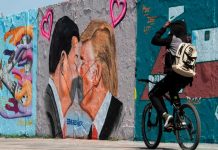