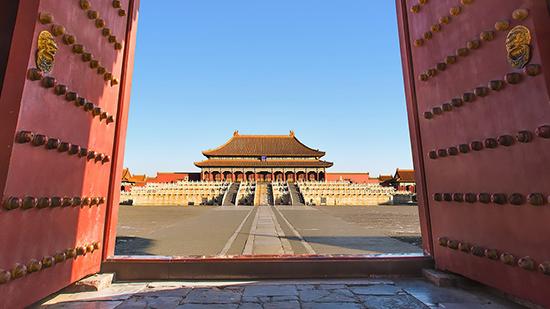 There’s a reason China is adversary number-one when it comes to the Trump administration’s foreign policy agenda. There’s also a reason why every other country on Trump’s radar has a close relationship with Beijing.

According to a recent Reuters investigative report, China’s leader Xi Jinping has “refashioned the People’s Liberation Army [PLA] into a force that’s rapidly closing the gap on US firepower – and in some vital areas has surpassed it.” Plenty of US military personnel, official reports and politicians have been warning the same. Just recently, US Navy Admiral Philip Davidson, the commander of US Indo-Pacific Command, warned the US Senate Armed Services Committee that China is developing a wide range of capable weapons systems that can threaten US interests in the Pacific region. Davidson even went so far as to classify the PLA as the “principal threat to US interests, US citizens and our allies.”

Amazing that the US military, who is present in the South China Sea, all over Asia and has surrounded China’s closest allies and China itself with its military bases, is threatened by a country who has not reciprocated an equal form of aggression. Even more amazing is the idea that America’s citizens could be just as threatened in such a scenario. (Or perhaps, the fact that China’s PLA is the principal threat to US citizens says a lot about how badly unthreatened the citizens of the US really are by any other world power, or say, terrorist group, for that matter).

Then again, the US only currently has 44 ground-based interceptors to protect the American mainland at Fort Greely, Alaska (and reportedly, California), and Pentagon officials have long suspected that these defenses are too few to actually counter a substantial strike on the American mainland by China’s growing military strike power. From the 18 tests carried by for this system, the Pentagon has publicly admitted that eight of them have failed. Washington sure can attack countries left, right and center, but the odds are not looking good when it comes to protecting its mainland from a credible military and navy.

China has become such a perceived threat to Washington’s war machine that the US Army’s major Pacific-area exercise has now shifted from focussing on the Korean peninsula and will begin focusing on China-based scenarios in the South, and even perhaps, the East China seas. But don’t expect that to be a mainstream headline, or even talked about in any meaningful sense on your evening news.

Even as I type, China is parading a new warship with Chinese-made guided missile destroyers, a parade which historians may one day remember as marking a new era in global politics.

If you revisit Davidson’s choice of wording above, he referred to China as the “principal threat to US interests” which doesn’t necessarily correspond to an actual military threat. A threat to US “interests” almost always relates to an economic interest. The threat only becomes a military one when the US decides that it needs to counter said country with the US military, relying on brute strength only to deter nations from adopting stances which weaken its economy.

This week, representatives from 150 nations including global leaders of around 40 countries are gathering in Beijing for President Xi’s second Belt and Road forum, including all the leaders of the 10 countries that form ASEAN. To date, China has signed 173 cooperation documents on its Silk Road Project with a whopping 125 countries and 29 international organizations.

China has thus far invested over $90 billion in these countries between 2013 and 2018, with average annual growth currently sitting at 5.2 percent. Likewise, $40 billion was invested back into China from these Belt and Road nations, with total trade between the two components reaching as much as $6 trillion.

Last month, Italy became the first G7 country to sign up to the initiative, with other EU members indicating that they will follow suit. For example, Austria and Portugal are notable European nations set to take part in the upcoming forum. Britain, Switzerland, France, Spain, and Australia are also rumored to be intrigued enough to sign Belt and Road inspired agreements with China without formally endorsing the project.

When Beijing said every country is welcome to sign up, it means literally almost everyone. This has created a monumental headache not only for Washington, but the wider EU in general.

Just this week, Spain’s foreign minister and former president of the European Parliament Josep Borrell Fontelles said that China’s current trade and infrastructure proposals reflect a new state of being that China has become a world power.

Spain has not formally signed up to the Belt and Road initiative, but has already begun cooperating on many projects with China and is currently attending the forum wanting to learn more about the “evolving” scheme. Fontelles himself has hinted at wider cooperation from the EU, which he suggested would be the main theme of EU-China relations for at least the next five years.

At the same time, Europe has still warned against what it views to be a “debt-trap diplomacy” launched by China as well as fears of a Chinese land-grab. Not to mention, of course, fears that there is a trade imbalance between China and Europe, making any future arrangements heavily one-sided (which almost makes it sound like maybe Trump was on to something).

You have to bear in mind, however, and as I just wrote last week, the EU labeled Beijing as a “systemic rival” in March this year over what it viewed as unfair trade practices in a policy paper from the European Commission.

Despite this, Fontelles still indicated that the Belt and Road initiative has “positive potential” provided it complies with the principles that the EU claims to hold dear, including environmental concerns.

Without speculating too much, it could just be that the Belt and Road initiative is the beginning of the formal breakup of the EU (following Brexit, of course). The European nations jumping most eagerly on the Silk Road bandwagon just happen to be those states leaning towards populism and who have more-or-less adopted an anti-EU stance, including Italy’s Giuseppe Conte, Hungary’s Viktor Orban, Austria’s Sebastian Kurz and Athens’ Alexis Tsipras (not exactly right-wing, but the anti-EU sentiments are still relevant).

Furthermore, the EU and China recently signed a joint statement which agreed that the two sides would “establish a political mechanism to continuously monitor the progress in the negotiations and to report to leaders by the end of the year on the progress made.”

Reportedly, the joint statement is the next step toward the creation of an EU-China Comprehensive Investment Agreement by 2020 which is aimed at improving market access and eliminating practices that discriminate against foreign investors.

China knows full well how to play the game, too. The so-called Beijing-led “16+1”, which involves 16 post-socialist states including eleven other EU members and five countries which are currently undergoing accession to the EU is an opportunity for Beijing to tighten its looming stranglehold over Europe as well. As Philippe Legrain, a former EU official working at the London School of Economics’ European Institute said, because “these countries are poorer and are often treated as second-class Europeans by the likes of France and Germany” they therefore appear to welcome China with open arms. Not only that, but Chinese money is often easier to come across than funding from the EU or elsewhere.

Whether the US can realistically take China on militarily remains to be seen, but it certainly does seem that the “America first” doctrine of the Trump administration (if it is indeed putting “America first”) is leaving a global void which China is more than happily filling itself. And despite all criticism thrown at China for its practices, there does appear to be a vital difference in the way that China goes about filling the void left by the United States. Where the US relies on threats, blunt force, CIA-led coups and the like to achieve its aims, China thus far largely prefers a more diplomatic and cooperative approach based on business and trade.

In my estimation, the more the EU jumps on board with China’s initiative, the less influence will ultimately remain in Washington’s hands. In that instance, the US may resort to all-out war, and the preparations for this showdown are being carried out right before our eyes.