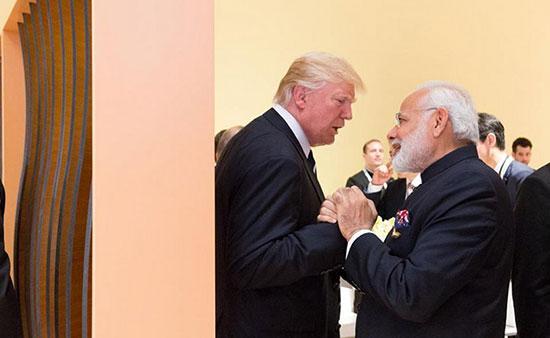 The announcement couldn’t have come at a worse time – in the middle of national elections and before a new government finds its feet. This is bound to upset the current government because whichever way it plays the US decision, it’s open to attack by the opposition.

Washington is expected to leave Indian investment in Iran’s Chabahar port alone although the exact directives will only be known after May 2 when the current 180-day waiver from the US sanctions ends. US officials will assess the importance of Chabahar being developed by India as opposed to it going into Chinese hands — Iran has signaled it might invite China.

The Indian foreign ministry’s measured reaction to the Washington’s sudden decision indicates it was expecting such an announcement although not as soon. Until last month, the two sides were in talks and the expectation was for another reprieve for India.

But compulsions of American domestic politics weighed heavier as President Donald Trump’s administration announced that no country would get waivers after 2 May  and all must end import of Iranian oil to deny Teheran the biggest source of revenue.

New Delhi has few options and will likely comply to avoid a serious rupture in relations. As an observer of bilateral relations said, “No issue is larger than the overall relationship.” But the compliance will come grudgingly.

Other countries, including China, will do the same in the end despite the noise Beijing may make. Of the eight countries that got a waiver last year from Washington and now must bring imports down to zero are three US treaty allies – Japan, South Korea and Turkey.

Donald Trump’s campaign of “maximum pressure” on Iran is in full flow with Secretary of State Mike Pompeo as the chief executor. The two are in complete agreement that Iran must be forced to give up its nuclear and ballistic missile programmes with no dissonant voices in the room.

According to figures compiled by the State Department, the campaign of “maximum pressure” has put 26 rounds of sanctions, forced 1.5 million barrels of Iranian oil off the market, sanctioned more than 70 Iran-linked financial institutions, denied 75 tankers the flags to sail, and forced the exit of 100 plus corporations from Iran. More than 20 countries have ended all imports of Iranian oil.

This has apparently resulted in the loss of $10 billion in revenue to the Iranian government. If the figures are indeed true, the might of the US government is on full display.

Pompeo was more than clear when he said this week that “any nation or entity interacting with Iran should do its due diligence and err on the side of caution” because the “risks are simply not going to be worth the benefits.”

Pompeo’s statement leaves no wiggle room but reports from India indicate that New Delhi may continue to import a minimum amount from Iran with its rupee mechanism, if only to maintain a modicum of independence.

Thus far, India has managed to maintain good relations with both the US  and Iran on the one hand and Saudi Arabia and Israel on the other. Masterful as it was, New Delhi now faces some stark choices.

As the third largest oil supplier, Iran is important to India’s energy security. Most importantly, Iranian oil is cheaper but US officials have stressed there will be no shortage because Saudi Arabia, the United Arab Emirates and the US will ensure adequate supply.

But the Iranian oil came with some real benefits – free shipping and insurance and rupee payments – which other suppliers are unlikely to offer.

The negative signals from Washington are piling up of late – whether the withdrawal of GSP benefits to Indian exports or the near constant threat of sanctions the US imposes on various countries. What this does is strengthen the hands of those who advocate more hedging and less alignment with the US.