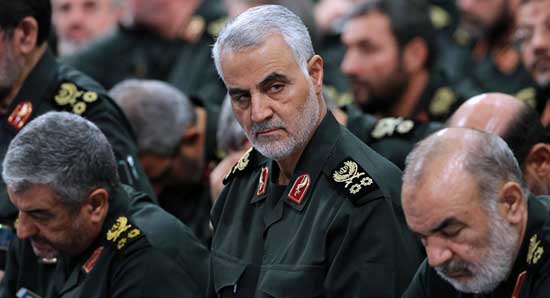 Earlier this month, relations between Washington and Tehran deteriorated as the US formally designated the Iranian Islamic Revolutionary Guard Corps (IRGC) as a foreign terrorist organisation, while Iran retaliated by blacklisting the entire US military as terrorists.

General Qasem Soleimani, Chief Commander of the IRGC Quds Force, which is responsible for extraterritorial operations, has slammed the US position on negotiations with Iran, stressing that the Islamic Republic won’t engage in talks under pressure.

“By putting economic pressure on Iran, America wants to force us to enter talks with this country… any negotiation under the circumstances is surrendering to America and it will never happen”, he told the semi-official Fars news agency.

The statement comes just a day after Iranian Foreign Minister Mohammad Javad Zarif suggested that the country might leave the Treaty on the Non-Proliferation of Nuclear Weapons (commonly known as the NPT) if the US continues to escalate sanctions against Tehran.

This May marks a year since US President Donald Trump announced that the US would be withdrawing from the 2015 JCPOA agreement and ordered sanctions be re-imposed on Iran in two stages during the course of the year. According to Reuters’ sources, Washington is now considering additional sanctions against Iran that would target areas of its economy that have not been affected by the previous restrictions.