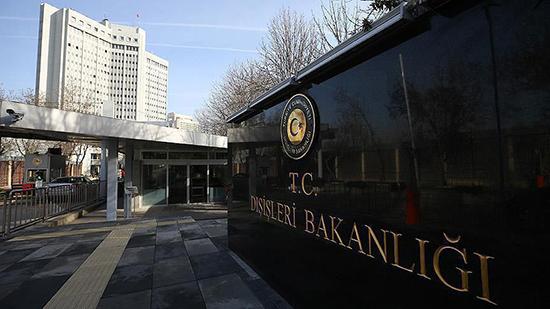 Turkey‘s Foreign Ministry on April 27rejected the Portuguese Parliament’s statement on the events of 1915.

In a written statement, the ministry said: “We reject the statement of the Portuguese Parliament on April 26 over the events of 1915.

“Such approaches which politicize history and disregard international law and European law can never be accepted,” it said.

Turkey‘s position on the events of 1915 is that the deaths of Armenians in eastern Anatolia took place when some sided with invading Russians and revolted against Ottoman forces. A subsequent relocation of Armenians resulted in numerous casualties.

Turkey objects to the presentation of the incidents as “genocide” but describes the events of 1915 as a tragedy in which both sides suffered casualties.

Ankara has repeatedly proposed the creation of a joint commission of historians from Turkey and Armenia plus international experts to tackle the issue.