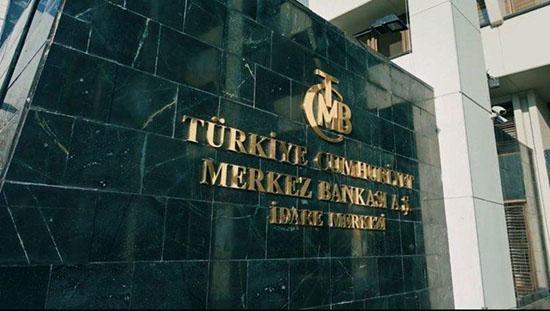 The official reserves of the Central Bank of Turkey (CBRT) totaled $96.3 billion as of the end of March, the bank reported on April 26.

Last month, total reserve assets posted a 3.8% decline, down from $100.1 billion at the end of February.

Gold reserves dropped 0.7% to $20.8 billion including gold deposits and, if appropriate, gold swapped.

In mid-December 2013, the bank’s total reserves hit an all-time peak at nearly $136 billion, including some $21 billion in gold reserves.

The report also said short-term predetermined net drains of the central government and the CBRT climbed 70% month-on-month to $25.2 billion in March.

“Of this amount, $12.1 billion belongs to foreign currency loans, securities, foreign exchange deposit accounts of foreign banks and residents abroad within the CBRT.

It also said liabilities arising from the CBRT’s financial derivatives activities were $13.1 billion, of which $9.6 billion is due in one month while $3.5 billion in 4-12 months.

In March, contingent short-term net drains on foreign currency were $31.2 billion, falling 2% on a monthly basis.