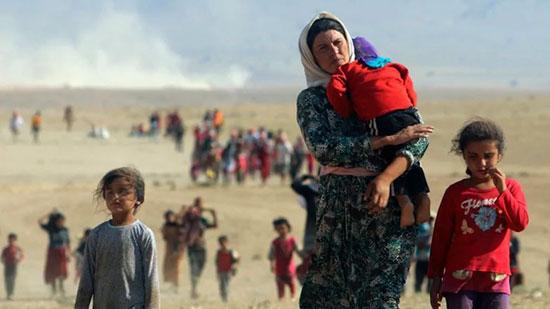 ERBIL (Kurdistan 24) – The Yezidi (Ezidi) Supreme Spiritual Council has retracted an earlier statement where it said it would welcome back children born to Ezidi women due to rape by Islamic State members.

According to the Ezidi faith’s strict devotion that members of the religious minority must marry within their community to preserve their religion, many rescued Ezidi women have been forced to decide whether to abandon their children or remain in exile with them.

In what was considered a breakthrough move on Wednesday, senior Ezidi leaders in the disputed town of Sinjar (Shingal) said they would make an exception to the rule. However, the spiritual council revoked its first statement and re-issued another one on Saturday where it clarified that it would not accept children born of rape.

Murad Ismael, the Co-founder and Executive Director of the Ezidi rights group Yazda Organization, believed the retraction was due to pressure from political parties and groups.

“The magnitude of ISIS crimes makes it extremely difficult for many people to accept raising children linked to ISIS,” he said in a tweet on Saturday.

The emergence of the Islamic State and its violent assault on Iraq’s Ezidi-majority city of Shingal in August 2014 led to the displacement of hundreds of thousands of members of the Ezidi community and the killing of thousands, now recognized by the United Nations as an act of genocide.

Most of them fled to the Kurdistan Region while others resettled in neighboring countries or Western states.