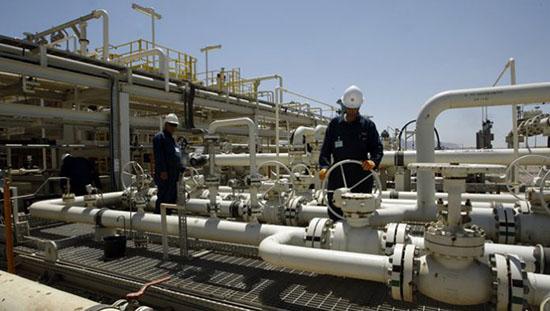 Turkey is seeking ways to buy more oil from Iraq, already a major supplier of crude to the Middle East’s biggest economy, as the US looks to squeeze exports from Iran, according to two people familiar with the matter, Bloomberg reported.

Turkey could consider oil imports from Iraq’s southern port of Basra and may also try to secure more shipments via an existing twin pipeline that runs to the Turkish Mediterranean terminal of Ceyhan, despite its state of disrepair, the people said, speaking on condition of anonymity because they are not authorized to speak to the media.

The Trump administration is ending waivers that allowed a handful of countries including Turkey to continue importing oil from sanctioned Iran a year after the US withdrew from the 2015 nuclear deal. Turkey has long opposed the US curbs on Iran, with President Recep Tayyip Erdoğan saying last year that “such sanctions are aimed at tipping the balance in the world” and violate international law and diplomacy.

Turkish Foreign Minister Mevlüt Çavuşoğlu met with Iraqi officials in Baghdad and Basra on Sunday as well as officials representing the Kurdistan Regional Government in Erbil on Monday, according to the state-run Anadolu news agency. Çavuşoğlu said last week that although the Iranian oil isn’t cheap, the difference is substantial with the price of crude from Saudi Arabia and the United Arab Emirates.

Turkey said last week that it is also working on a mechanism with Tehran to avert US sanctions designed to halt trade with Iran. Although Turkey has long defended the trade with its eastern neighbor as a strategic necessity, taking on the US can be risky as the government in Ankara struggles to secure the release of a senior banking executive convicted in New York of helping Iran evade American financial curbs.

The blowback from American sanctions against Iran could also hit Turkey’s economy, which entered its first recession in a decade last year as oil prices surged. The prospect of higher prices or the risk of a confrontation with the US do not bode well for Turkey’s currency, already battered by weeks of upheaval.