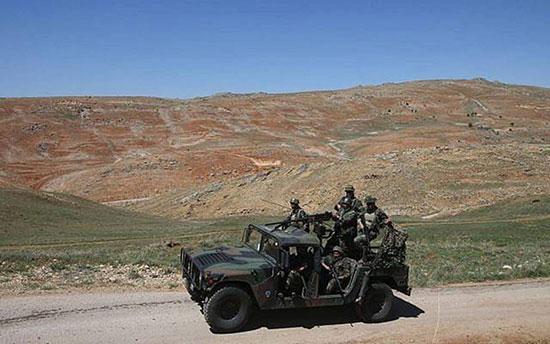 The Shebaa Farms have been the subject of considerable controversy since the collapse of the Ottoman Empire at the end of the First World War.

BEIRUT: The declaration by Walid Jumblatt regarding sovereignty over the Shebaa Farms caused a turmoil in Lebanese politics, and the reason has more to do with the timing of his statement than with its content.

The Shebaa Farms have been the subject of considerable controversy since the collapse of the Ottoman Empire at the end of the First World War. It was not clear at the time to the mandatory powers, France and Britain, whether the 14 farms located at the foot of Mount Hermon belonged to Syria or to Lebanon. Topographic maps and documents said that they were Syrian territory, while the residents owed allegiance and paid taxes to the Lebanese government.

Such remained the case until June 1967 when they were occupied by Israel as part of the Golan Heights.

In 2000, their fate assumed political significance for Lebanon, Syria, and Israel. Israel’s withdrawal from Lebanon, in compliance with UN Security Council resolution 425, did not include the disputed area since the Jewish State considered it as part of Syria. But, this time, the dispute involved another party: Hezbollah.

Interestingly, while Syrian officials made public declarations that recognized the Shebaa Farms as Lebanese territory, they refused to provide the UN with any document that validated their declarations.

In Lebanese politics, the status of the Farms became a litmus test regarding the attitude toward Hezbollah.

Recognition of the Shebaa Farms as Lebanese territory gave justification to the continued existence of Hezbollah after the Israeli withdrawal. On the other hand, if they were recognized as part of Syria, Hezbollah would be denied such legitimacy.

It follows that Jumblatt’s declaration may be interpreted as a denial of justification for the existence of Hezbollah, not only as an armed group, but, more importantly, as a party with huge influence over the Lebanese government. This is significant because it comes while the confrontation between the United States and Iran, Hezbollah’s sponsor, heats up.

The latest example of the rising influence of Hezbollah on the Lebanese government came last week. The minister of defense, Elias Bou Saab announced that the fate of Hezbollah’s arsenal will be determined “when Sayyed Hassan Nasrallah feels that it is time to do so.” This can only mean that the Lebanese government leaves it for Iran to decide when it will end its hegemony over Lebanon. And in the current heated political climate in the region, Jumblatt’s declaration is viewed by the party as siding with the U.S. against Iran.

Still, the Progressive Socialist Party leader’s declaration comes amid growing anticipation in the region over the “deal of the century.” While there is much talk about the awaited deal, most of it remains only speculation.

However, the mere announcement that there is a deal to end the Palestinian conflict fueled a heated debate between the “Axis of Resistance” on the one hand, and its rivals in Lebanon, on the other.

Jumblatt has been among the most vocal opponents of the “Axis of Resistance”. His declaration regarding the Shebaa Farms only heightens such debate with what could be serious implications on Lebanon’s stability.