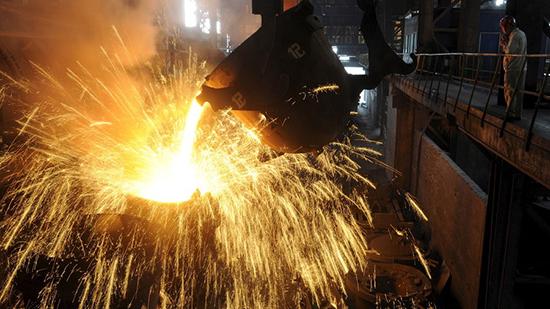 HONG KONG (Reuters) – Factory activity recovered last month in parts of Asia but still appeared to be on shaky ground as global demand remained subdued and China’s stimulus measures were yet to show their full pulling power.

That left the outlook for the region’s central banks skewed toward easing, with Malaysia and New Zealand prime suspects for potential rate cuts, and Australia — whose monetary policy setters also meet next week — facing growing calls to ease.

Business surveys showed factories were struggling around the world, with euro zone data later on Thursday expected to show a contraction in the manufacturing sector, and the United States still growing, but missing expectations by a wide margin on Wednesday.

A resolution in the trade dispute between Washington and Beijing would go a long way toward improving the mood.

While there is still great uncertainty, U.S. Treasury Secretary Steven Mnuchin said the two countries completed “productive” talks on Wednesday and were nearing a deal that would roll back a portion of the $250 billion in U.S. tariffs on Chinese goods.

Purchasing Managers’ Indexes showed manufacturing activity contracted in Malaysia and Taiwan in April, slowed in the Philippines and Indonesia, and picked up a notch in Vietnam and Thailand.

India’s factory activity expanded at its slowest pace in eight months, with growth in new orders and output dipping as national elections got under way.

Earlier this week, official data showed activity in China expanded for a second consecutive month in April, but at a much slower pace than expected. As China has generated nearly a third of global growth in recent years, financial markets have been counting on another strong, credit-fuelled bounce.

“We’re starting to see a bottoming out of the slowdown that started in the latter part of last year,” said Khoon Goh, head of Asia research at ANZ.

“But bottoming out doesn’t mean that economies are firing away .. We still think in some economies further support will be very helpful,” said Goh, who expects rate cuts in Malaysia, Philippines and Indonesia.

South Korean manufacturing snapped a five-month streak of contractions, but remained weak with new export orders shrinking for a ninth straight month and subcomponents of the index pointing to sluggish demand both at home and abroad.

South Korea’s economy contracted in the first quarter and chances are it may struggle to return to growth in the second. Data on Wednesday showed exports still shrinking, with memory chip shipments down 13.5 percent.

After a projected 5.3 percent growth rate in 2018, east Asian economies are expected to expand at a slower pace of 5.1 percent in 2019 and 5.0 percent in 2020, the ASEAN+3 Macroeconomic Research Office (AMRO) said in a report.

The region includes China, South Korea, Japan and the 10 countries in the Association of South East Asian Nations.

Japan releases PMI data next week due to public holidays.

In China, both official and private factory surveys suggested an unexpected loss of momentum last month, though overall activity still expanded, albeit at a more subdued rate.

While most analysts believe the worst may be over for the world’s second-largest economy, the disappointing readings — which followed surprisingly upbeat March data — suggested it is still struggling for traction.

The Caixin/Markit Manufacturing PMI fell to 50.2 in April from March’s eight-month high of 50.8, countering economists’ expectations for a rise to 51.0. The official PMI survey fell to 50.1 from 50.5, also missing forecasts.

Economists had predicted steady to slightly stronger growth, indicating that stimulus measures may be kicking in more slowly than expected. Beijing in March announced additional tax cuts and infrastructure spending this year worth hundreds of billions of dollars, while bank lending in the first quarter hit a record 5.81 trillion yuan ($862.8 billion).

The pick-up in manufacturing activity in March, and steady GDP growth in the first quarter, has prompted the central bank to shift into a wait-and-see stance, with stronger easing measures seen on hold while policymakers await more data.

April’s downbeat factory readings, however, coupled with a soft outlook for trade, have raised questions over how much more stimulus is needed to generate sustainable growth in China with risking a sharper jump in debt.

“These uncertainties make us strongly believe that the Chinese government will continue its fiscal stimulus to support industrial sectors through infrastructure stimulus, and will provide enough credit to smaller private firms to keep them running and stabilize the job market,” said ING’s Greater China economist Iris Pang.