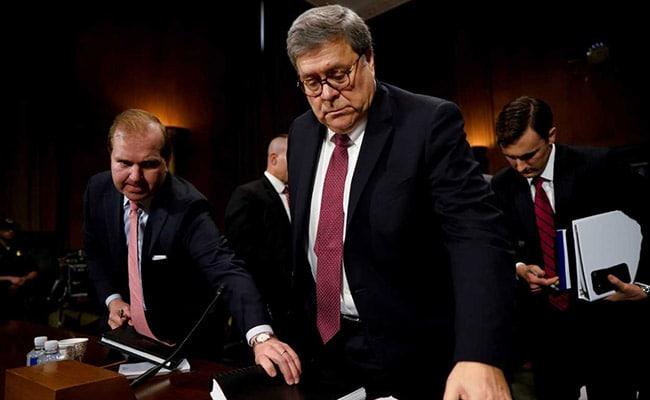 A committee subpoena deadline for William Barr’s department to hand over an unredacted version of Mueller’s report on his investigation also expired on Wednesday.

Defying the U.S. Congress, Attorney General William Barr will not attend a U.S. House Judiciary Committee hearing on Thursday on his handling of the Mueller report, said committee Chairman Jerrold Nadler, accusing Barr of being afraid to testify.

“Barr has just informed us that he will not attend tomorrow’s hearing,” Nadler, a Democrat, told reporters on Capitol Hill on Wednesday after a contentious Senate hearing earlier in the day where Barr defended his handling of the report.

Committee Democrats have vowed to issue a subpoena in an effort to force Barr to testify. “We plan on subpoenaing him if he decides not to show up. He can run but he can’t hide,” Democratic Representative Hakeem Jeffries told reporters.

Nadler said he believed Barr was afraid to testify given “how dishonest he has been.”

A committee subpoena deadline for Barr’s department to hand over an unredacted version of Mueller’s report on his investigation also expired on Wednesday.

“The Department of Justice has also told us that they will not comply with our subpoena for the full unredacted Mueller report,” Nadler said.

Nadler issued the subpoena on April 19, a day after Barr released a redacted version of the report by Mueller on Russian interference in the 2016 U.S. presidential election and whether President Donald Trump attempted to obstruct subsequent investigations.

Nadler, asked if the panel would issue a subpoena on Thursday for Barr to come before the committee, said: “The first thing is to get the unredacted report and we will negotiate on that for another day or two and if necessary … go for a contempt citation shortly thereafter. We will also start a process to get Attorney General Barr to come.”

Nadler added: “I will continue to work with the attorney general to reach a reasonable accommodation on access to the full report and underlying evidence. But not for much longer.

“If good-faith negotiations don’t result in a pledge of compliance (with the subpoena) in the next day or two, the next step is seeking a contempt citation against the attorney general.”