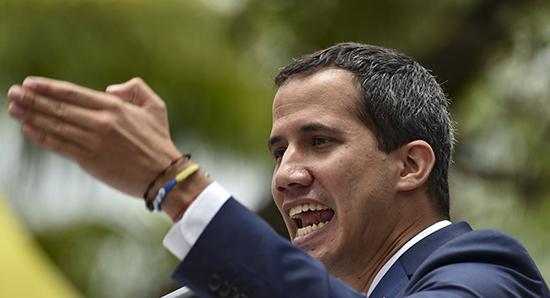 BUENOS AIRES (Sputnik) – Venezuelan opposition leader Juan Guaido, who has illegally proclaimed himself the country’s interim president, said the country’s public servants would carry out a strike, beginning on Thursday, while the Venezuelan authorities expressed reservations that the opposition would be able to implement these plans.

“The final phase of the operation ‘Liberation’ began yesterday with the participation of our Armed Forces. And now, public servants will join. We will support them in increasing strikes which will begin tomorrow and will continue until a general strike takes place,” Guaido wrote on Twitter on Wednesday.

Meanwhile, Diosdado Cabello, the head of the Venezuelan government-controlled National Constituent Assembly, speaking at a rally, suggested that the opposition would not be capable of implementing these pledges.

“You should have power in order to call a strike. They do not have human resources. Who will they offer this to? Who will they motivate? Who will agree for a strike?” the lawmaker argued.

On Tuesday, the opposition made a fresh attempt to overthrow the government of President Nicolas Maduro. The opposition rallied near a military base in Caracas in the wake of Guaido’s call on the public and military personnel to take to streets. The president and the foreign minister, in their turn, said the Armed Forces remained loyal to the legitimate government. The authorities subsequently said the coup attempt had failed.

The situation in Venezuela remains tense since January when Guaido proclaimed himself as an interim president. Washington immediately endorsed Guaido, called on Maduro to step down and seized billions of dollars’ worth of the country’s oil assets. Moreover, a number of US senior officials, including President Donald Trump, have repeatedly stated that all options remain on the table with regard to the Venezuelan crisis, including military action.

Maduro, in turn, has accused the United States of trying to orchestrate a coup in order to install Guaido as a US puppet and take over Venezuela’s natural resources.

Russia, China, Cuba, Bolivia, Turkey and a number of other countries have voiced their support for Maduro as the only legitimate president of Venezuela.