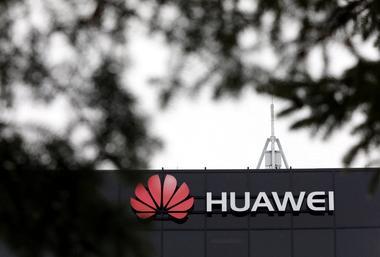 According to leaks from the UK’s National Security Council meeting last week, the UK has agreed to Huawei’s involvement in its non-core 5G network. This triggered a great disturbance. British Prime Minister Theresa May was shocked by the leaks and has ordered an inquiry. Some people, including critics in the US, have asked May to change her government’s position on Huawei.

The UK and some European countries worry about the security of Huawei’s devices. These fears can be easily resolved by enhancing security measures, as the UK has done with Huawei’s 4G equipment.

The decision to involve Huawei in 5G is more likely a matter of loyalty to the US. Washington demands that all its allies suppress Huawei. Some contend these diplomatic considerations should dominate the UK’s final decision.

Such unprecedented leaks reflect the ability of the US to intervene in UK affairs. Washington can infiltrate the UK’s most confidential meeting and leak the information to the press in order to trigger immediate resistance from the opposition.

If it was about issues other than Huawei, the meeting’s participants would dare not leak the information to the press at the risk of criminal charges. This shows that the UK’s value system is not independent. It can be shaped and revised by the US.

Huawei’s devices provide irreplaceable benefits to the UK. Although Huawei’s technological risks are controllable, it was a tortuous process to involve Huawei even in the UK’s non-core 5G network.

We pity the UK. Its independence has been heavily damaged. It has partly forsaken its sovereignty to a pledge to the US. The UK’s independence now seems weaker than its former colony India.

Do the UK and other major European countries still have full diplomatic autonomy? They seem to be independent only on US-approved matters. They may dare not walk their own path if they have disputes with US diplomatic strategy.

China should further develop relations with the UK and other European countries. But we should also be aware of the restriction the US has placed on these countries.

Though China cannot intervene in Europe’s decisions, it can increase the attraction of economic cooperation. Since many European countries are still swinging from side to side, those who abandon US influence and treat China fairly may reap greater benefit from such economic cooperation.

Some countries follow the US’ lead on important China-related issues, but show verbal respect to China to maintain their huge interests in the country. Beijing should not encourage such opportunism.

The economic cooperation that China provides concerns its core interests. Any country that follows the US in order to hurt China should pay the price no matter how nicely they talk.

On the Huawei issue, there are two types of countries: those that follow the US and boycott Huawei and those that do not. China’s attitude toward these countries should be different. China should keep firmly in mind that Australia took the lead in boycotting Huawei.

The UK is in the quagmire of Brexit. UK-US relations will hardly bring more interests. China undoubtedly offers new motivation to the UK.

China treats the UK frankly. The UK’s final decision on Huawei will be a touchstone of how it treats China’s interests.