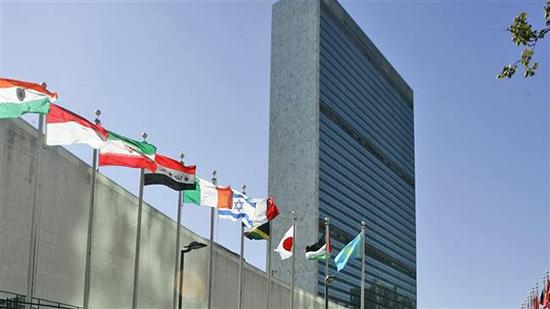 Iran’s mission to the UN has blasted the US for violating Resolution 2231 — which endorsed a 2015 multilateral nuclear deal — and “shamelessly” threatening other UN members to do the same, saying such an approach is “destructive and hypocritical.”

In a press release on Wednesday night, the mission censured the US for attempting to portray Iran’s ballistic missile program as inconsistent with Resolution 2231, which was unanimously approved by the UN Security Council (UNSC) in 2015 and endorsed the multilateral Iran nuclear deal, officially called the Joint Comprehensive Plan of Action (JCPOA).

It added that the US abandoned the deal in a “serious and blatant” violation of Resolution 2231, which had been adopted with Washington’s own support, and is now “shamelessly” threatening other world countries into violating the international document.

After withdrawing from the JCPOA, the US reinstated the anti-Iran sanctions that had been lifted under the accord.

It has also been attempting to dissuade other signatories to the JCPOA from living up to the accord, threatening “secondary sanctions” against the firms that refuse to abide by Washington’s restrictive measures against Iran

The administration of President Donald Trump said in a statement on April 22 that, in a bid to reduce Iran’s oil exports to zero, buyers of Iranian oil must stop purchases by May 1 or face sanctions, sending oil prices to their highest levels since last November.

The Iranian statement came after the US State Department said US Special Representative for Iran Brian Hook would be in New York on April 30 and May 1 to “underscore the importance of holding Iran accountable for its defiance of UN Security Council resolutions on the development and testing of ballistic missiles.”

Resolution 2231 terminated the provisions of previous UN resolutions against Iran, some of which had imposed restrictions on Iranian missile activities. It “calls on” Iran “not to undertake any activity related to ballistic missiles designed to be capable of delivering nuclear weapons, including launches using such ballistic missile technology.”

Tehran has always said it has no nuclear warheads and that none of its missiles have been designed to carry nuclear weapons.

The Iranian side’s compliance with the JCPOA has been repeatedly confirmed by the International Atomic Energy Agency (IAEA).

Iran’s UN mission once again highlighted that fact that Resolution 2231 is a substitute for all former Security Council resolutions on Iran’s peaceful nuclear program.

Consequently, such activities in Iran are not incompatible with the resolution, which the US has itself violated, it added.

Instead of abusing the UNSC and trying to spread fake allegations aimed at advancing its own malicious policies against Iran, American officials must act responsibly in accordance with their international obligations, the mission added.

The mission added that American officials need to explain at the Security Council why Washington has breached Resolution 2231 and why it has been coercing other UN member states into doing the same thing.

Washington has been under fire by the entire international community, including its own allies, for leaving the Iran deal and slapping Tehran with sanctions again.

Despite Washington’s withdrawal, Iran has not left the deal yet, but stressed that the remaining signatories to the agreement have to work to offset the negative impacts of the US pullout for Iran if they want Tehran to remain in it.