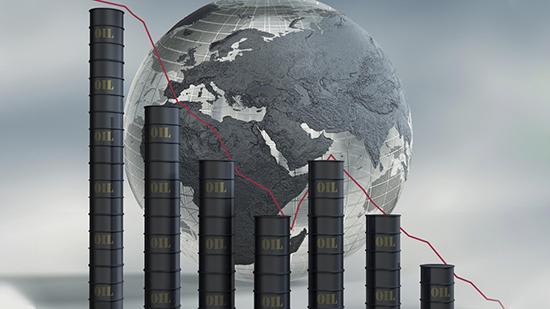 Albert Einstein once wrote that “the definition of insanity is doing the same thing over and over again and expecting different results.”

Were he alive today, he would be repeating the line to anyone who would listen, especially the reporters on cable news channels such as CNBC. He might add that the world’s policymakers always approach oil market disruptions in the same way: predicting there will be no impact on prices.

Einstein would then point out that the policymakers are consistently wrong. A hefty price boost has followed every disruption.

The world has experienced nineteen oil market disruptions over the last forty years. In a paper published in March 2018, I chronicled these events and noted that the maximum price increase was predictable. Last Monday, Secretary of State Mike Pompeo initiated the twentieth disruption. The consequences are projected here.

Start, though, with the energy policy insanity. In each of the disruptions since 1973, I have noted the following regarding government officials.

State Department representatives always say something like “the US Department of State remains in contact with our partners to reduce the risk of supply disruptions. There is sufficient oil supply in the global markets that countries can access.”

OPEC officials always spout some version of “the oil market remains well-supplied, with the recent price driven by geopolitics, not fundamentals.”

Nothing has changed. Last week Reuters offered this quote from the State Department’s Brian Hook, the person running the Iran sanctions program:

“There’s roughly a million barrels per day (bpd) of Iranian crude (exports) left, and there is plenty of supply in the market to ease that transition and maintain stable prices,” said Brian Hook, US Special Representative for Iran and Senior Policy Advisor to the Secretary of State, speaking in a call with reporters.

Meanwhile, Saudi energy minister Khalid al-Falih told Financial Times that Saudi Arabia would not boost production immediately, adding that “the market is ‘well supplied’ and inventories continue to rise despite the sanctions against Iran’s oil exports.”

Mark Twain is thought to have said that “history does not repeat, but it rhymes.” In this case, it repeats. Policymakers have learned nothing in forty years.

The table below lists the nineteen market disruptions. I prepared it in 2018 at a time when Conoco had just used an award of $2 billion granted against Venezuela to seize the latter’s assets in Curacao and when production in Nigeria suffered a disruption. For each event listed, the table shows the start date, the duration, the maximum price increase associated with it, and the percentage loss in supply.

I took these data and developed a model that predicted the price increase associated with seventeen of the nineteen disruptions, excluding the Arab Embargo and the Conoco attachment of Iranian assets. The model explained seventy percent of the price variation. The graph below compares the actual and predicted price changes for each disruption.

I note here that I based this model on results published in 1982 in Oil Markets in Turmoil, a book I wrote while teaching at Yale. The volume provides a quantitative approach to evaluating oil market disruptions.

The findings from the model indicate that the current disruption will likely cause prices to increase sixty-six percent at their peak. Roughly speaking, Brent will rise to between $114 and $126 per barrel.

This conclusion results from my calculation that the present episode will take roughly two percent of supply from the market.

The reduction will come from falling Venezuelan production, which is also subject to US sanctions, the declining Iranian exports, and a modest cut in Libyan exports.

The latest issue of The Economist warns that “the risk of an oil price shock is increasing.” The editors are correct.

Thinking of the Einstein quote above, I end by paraphrasing the title of a great book by Carmen Reinhart and Kenneth Rogoff: “This time will not be different.”