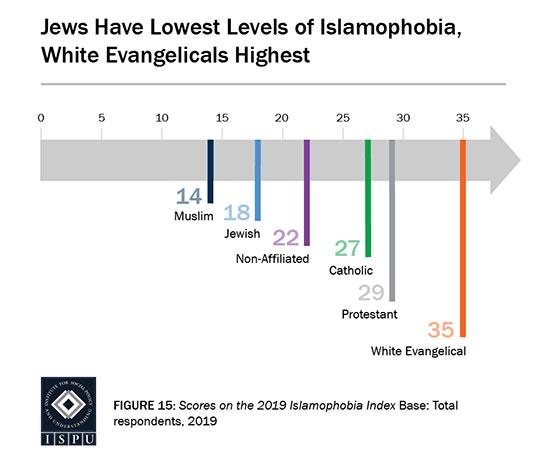 A US army veteran last week rammed his car into a group of people in northern California, leaving seven injured, including a child, in an attack that police said was motivated by anti-Muslim bigotry.

The 34-year-old man’s arrest comes on the heels of a spate of hate-fuelled and religiously motivated attacks both in the United States and abroad.

In March, 50 worshippers were killed in an attack inside two New Zealand mosques; a string of Easter Sunday bombings at hotels and churches in Sri Lanka left more than 250 people dead, and just a few days ago, a woman was killed when a shooter opened fire inside a California synagogue.

“Our future looks dark and bleak right now,” said Mehdi Hassan, a Washington-based journalist, who has written extensively on Islam and Muslims, during a panel discussion at New York University’s Washington campus on Wednesday.

To better understand the rising tide of hate-based violence, experts say it’s critical to assess public perceptions and what motivates religious bias and stereotypes that could lead to such acts.

On Wednesday, the Washington-based Institute for Social Policy and Understanding (ISPU) released a poll that examines anti-Muslim sentiment in the US.

Almost 2,400 people were surveyed and the results were measured on an Islamophobia index, which is calculated according to the level of public endorsement – on a one-to-five scale – of five anti-Muslim tropes.

Those five categories are widely held stereotypes: that most Muslims are more prone to violence than other groups; discriminate against women; are hostile to the US; are less civilised than others, and are partially responsible for acts of violence carried out by other Muslims.

On a scale from 0-100, with zero being the lowest and 100 the highest level of anti-Muslim prejudice, the poll found that public endorsement of negative stereotypes associated with Muslims in America has inched up since last year, from 24 to 28.

“The disturbing truth is that under this administration, hate has been mainstreamed, escalated and amplified,” Hassan said during the panel discussion.

As an example, he referred to Ilhan Omar, the Minnesota congresswoman who has been accused of anti-Semitism and verbally attacked by President Donald Trump.

Houses of worship in the US have recently increased their security measures in response to the spread of hate attacks, while also introducing safety training for their congregants.

In mosques, active shooter drills have become more widespread, as the Muslim community has noted a rise in the tide of Islamophobia nationwide.

Many factors have contributed to that increase in anti-Muslim sentiment over the last year, said Dalia Mogahed, ISPU’s director of research.

One is “the validation of the Supreme Court ruling on the Muslim ban”, she said, referring to the travel ban on citizens from mostly Muslim states from entering the US, which the highest court in the nation upheld in June.

“This gives some segments of the population a sense of validity for their perspective,” she said.

“There’s also been a heightened conversation about anti-immigration that has grown and has been fuelled by the rhetoric about the wall,” Mogahed continued. “Not all Muslims are immigrants, but that’s the perception of many in the public, so some of that anti-immigration sentiment is spilling over onto the higher Islamophobia index score.”

The Trump administration has been attempting to install a wall along the southern border with Mexico over what it claims is an influx of immigrants. It has also threatened to shut down all or part of the border if its neighbour does not stop the flow of migrants.

The poll also found that of all the faith groups, Jews scored the lowest on the Islamophobia index. According to the report, 53 percent of Jews held positive views of Muslims, with only 13 percent reporting negative views.

The attacks on US synagogues in recent months have made “[me feel that] I am no longer safe as a Jew in America”, said Walter Ruby, programme director at the Foundation for Ethnic Understanding, who spoke on the panel at the ISPU poll’s launch.

“No minority communities are safe in American at this point,” he said. “The Jews need to be part of a larger alliance fighting bigotry.”

Mogahed agreed, saying that Muslim and Jewish communities – both of which have been targeted by hate crimes in recent months – are natural allies.

“Islamophobia and anti-Semitism are empirically connected. They grow together. So what really needs to happen is far stronger coalitions have to be built against this common enemy of bigotry and white supremacy,” she said.

To combat Islamophobia, the ISPU also recommended that Muslims build coalitions with other impacted communities, such as Black Americans and the LGBTQ community.

Based on its research, the ISPU also found that Islamophobia is more politically driven (based on ideology and partisanship) than religious in nature.

Age, sex, education and religiosity have no bearing on Islamophobia, the results showed.

“Being a woman or being young doesn’t contribute to lower Islamophobia,” Mogahed explained.

“It’s often conventional wisdom that women are more sympathetic or young people are more open-minded, and that ends up not being the case if you hold all other factors constant. It’s important to know that those combatting Islamophobia have to keep addressing all demographics.”

So while it recommended that Muslims engage in interfaith dialogue, it suggested that they reach out to diverse groups and communities “across racial, class, and cultural divides, to people of all faiths and no faith, rather than just those typically involved in interfaith engagement who tend to be white and middle class”.

Mirroring previous polls on Islam, the ISPU index also found that knowing a Muslim personally is among several protective factors against Islamophobia. But an interesting finding in this year’s ISPU poll is that knowledge of Islam as a faith is an even stronger protector.