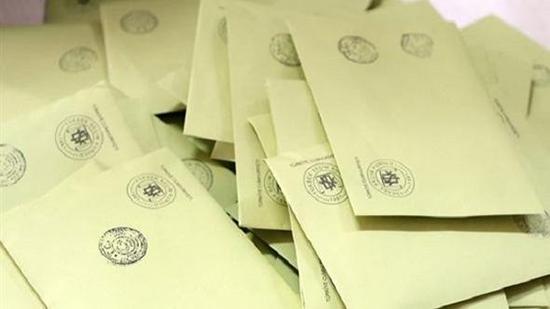 Prosecutors have launched 32 investigations into allegations of irregularities in Istanbul’s mayoral elections and summoned more than 100 polling station officials for questioning as suspects, just days before the election watchdog announces its verdict on whether the polls will be renewed or not.

According to a report by the state-run Anadolu Agency, investigations were launched upon criminal complaints filed by the ruling Justice and Development Party (AKP) and the Nationalist Movement Party (MHP) as well as provincial electoral bodies over concerns that irregularities occurred in the nominations of polling station officials.

The Anadolu Public Prosecutor’s Office launched 32 investigations in accordance with the criminal complaints, Anadolu Agency reported. Following necessary scrutiny over the identities of concerned officials who were in charge on election day, the office summoned more than 100 of them to question.

The AKP and MHP had appealed to the Supreme Election Board (YSK) for the annulment and renewal of the Istanbul municipal elections, arguing that there were fraud and severe irregularities that impacted the election results. AKP’s mayoral candidate Binali Yıldırım lost against the opposition Republican People’s Party’s (CHP) Ekrem İmamoğlu with a minor difference in the March 31 polls.

The YSK’s probe into the AKP-MHP claims is expected to be concluded early next week. Both parties reiterate the need to annul the votes while the CHP calls on the YSK not to bow to political pressure.

“Our appeal to the YSK has been founded on an organized plot in the elections. Investigations have proven that all what we have claimed come out right,” the deputy AKPleader responsible for elections, Ali İhsan Yavuz, told a press conference on May 2.

Yavuz suggested that many polling station officials have been nominated in an unlawful way although the law stipulates the obligation of the appointment of civil servants as the head of these stations. “There are even those who are members of certain political parties,” he said.

“It’s sure that something happened in regards to Istanbul polls. Why do I say this? We have proven that the difference between the two candidates has decreased from 29,000 to 13,000 after we have found that thousands of ineligible voters participated in the elections,” he said.

“We never said these irregularities were coordinated by the CHP, but it has profited out of them,” Yavuz said, adding that they are now awaiting the YSK’s decision on the Istanbul polls.