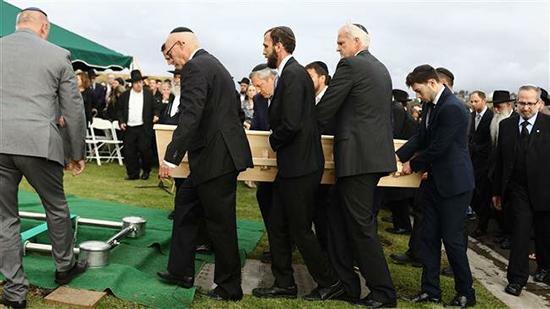 Anti-Semitic assaults in the United States more than doubled in 2018 and overall incidents against American Jews remain near all-time highs, according to a new report.

There were 1,879 anti-Semitic and other hate incidents in the US against Jews and Jewish institutions last year, ranging from harassment to deadly shootings, the Anti-Defamation League (ADL), which tracks anti- Semitic attacks, said in a report.

The incidents occurred around the country but were concentrated in areas with large Jewish populations, the ADL said.

“We unfortunately saw this trend continue into 2019 with the tragic shooting at the Chabad synagogue in Poway,” Jonathan Greenblatt, ADL’s CEO, said in a statement, referring to the deadly attack Saturday near San Diego, Califonia, that killed one and injured three.

The organization also reported that 59 Jewish people were killed n 39 different anti-Semitic assaults in 2018, an increase of 105 percent over the number of assaults in 2017.

Among the victims in 2018 were the 11 murdered in the deadliest attack on Jews in American history at the Tree of Life synagogue in Pittsburgh, Pennsylvania, in October.

The ADL said that nearly all incidents of anti-Semitism, terrorism, and extremism in 2018 across the US were committed by individuals linked to right wing, anti-government or white supremacist groups.

“All of our communities are learning about anti-black racism, Islamophobia, and other forms of prejudice that are rearing their ugly heads,’ Jacobs said.

A separate report on Wednesday showed that anti-Semitic attacks worldwide rose 13 percent in 2018 from the previous year, with the highest number of incidents reported in major Western democracies including the United States, France, Britain and Germany.

The report, by the Kantor Center in Tel Aviv, said there was evidence of anti-Semitism going more mainstream.

It cataloged 387 anti-Semitic attacks worldwide and cited among the causes growing fears in Europe and elsewhere linked to mass immigration, economic hardship and opposition to Israel’s policies towards the Palestinians.