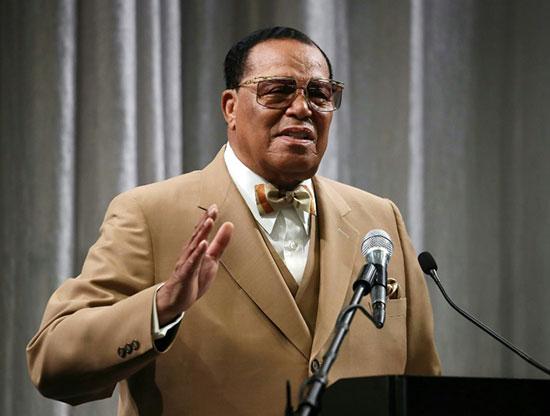 Facebook on Thursday banned prominent conspiracy theorists including Infowars founder Alex Jones and the controversial black activist Louis Farrakhan in its latest push to crack down on hate content at the leading social network.

“We’ve always banned individuals or organizations that promote or engage in violence and hate, regardless of ideology,” Facebook, which has been under intensifying pressure to curtail extremist content, said in a statement.

Among the most prominent figures banned, Farrakhan, the head of the Nation of Islam, is notorious for spreading anti-Semitic and black supremacist views.

Far-right conspiracy theorist Jones is best known for calling the 9/11 attacks an inside job and for describing the Sandy Hook school massacre as a hoax. Jones’s organization Infowars was also banned by Facebook.

Facebook said those being banned had violated policies against dangerous individuals and organizations.

“Individuals and organizations who spread hate, or attack or call for the exclusion of others on the basis of who they are, have no place on Facebook,” a spokeswoman for Facebook said.

Such bans typically include prohibiting others at the social network from using the platform to post praise or support from those no longer welcomed.

“The majority of the newly banned figures — Yiannopoulos, Loomer, Watson, Jones, and Nehlen — owed their influence to the massive reach they were allowed to cultivate through Facebook and Instagram.”

Other groups kicked off both Facebook or Instagram included Knights Templar International, Britain First, the British National Party (BNP) and the National Front.

Facebook and other social media platforms have been under fire for not doing enough to curb messages of hate and violence, while at the same time criticized for failing to offer equal time for all viewpoints no matter how unpleasant.

US President Donald Trump has accused social media platforms of discriminating against users with right-wing views.

“Social Media is totally discriminating against Republican/Conservative voices,” Trump said in a tweet after Jones was curbed at Facebook and Spotify last year.

Facebook in March announced bans at the social network and Instagram on praise or support for white nationalism and white separatism.

Facebook policies already banned posts endorsing white supremacy as part of its prohibition on hate speech based on characteristics such as race, ethnicity or religion.

The ban had not applied to some postings because it was reasoned they were expressions of broader concepts of nationalism or political independence, according to the social network.

Amid pressure from governments around the world, Facebook has ramped up machine learning and artificial intelligence tools in an effort to find and remove hateful content while remaining open to free expression.