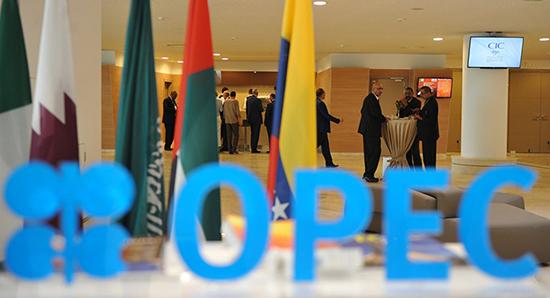 OPEC production estimates from a couple of surveys are in and they suggest the cartel, despite its best efforts, has not been completely successful in its efforts to drive prices higher. Instead, it kept its production relatively stable last month, which has acted as a cap on international prices.

Reuters and Bloomberg both reported OPEC production figures for March yesterday, with both figures suggesting a relatively stable rate. The Reuters survey estimated a 90,000-bpd decline in overall production across the organization, with Venezuela and Iran, as usual, the ones that drove the total down, helped by Saudi Arabia and its Gulf partners, who continued cutting production under their OPEC+ deal obligations. The Reuters survey pegged the average daily for March at 30.23 million barrels.

Bloomberg’s survey of data yielded a pretty close figure for the March total, at 30.3 million bpd, although it estimated this was 25,000 bpd higher than in February. Interestingly and perhaps contrary to expectations, one of the contributors to this estimated increase was Libya: one of the most unstable members of OPEC, and one that has been exempted from the cartel-wide cuts, managed to boost its production last month by resuming full production at its largest field, Sharara.

Iran’s oil production, according to the Bloomberg survey, fell by 80,000 bpd to 2.63 million bpd last month and Angola also booked a decline in its output, of 60,000 bpd. Venezuela’s output continued to decline, according to earlier data from TankerTrackers.com and from Reuters. Libya’s production, however, rose by 90,000 bpd, more than offsetting the Iran decline.

Saudi Arabia, OPEC’s largest producer, however, is arguably the main factor in the oil price game. The country has been cutting more than it agreed to in a bid to push prices even higher. At the same time, Riyadh, in the face of Energy Minister Khalid al-Falih, has assured President Donald Trump in response to his calls for lower prices that it is ready to reverse the cuts whenever this becomes necessary. These assurances has served to keep a lid on prices after the U.S. State Department announced the end of sanction waivers for Iran’s biggest oil clients, effectively betraying Saudi Arabia’s purpose of pushing prices close to US$80 a barrel.

OPEC seems to have turned into one big wild card. While Saudi Arabia can keep its Gulf neighbors—except Qatar—in line and tweak production in accordance with their priorities, the rest of the large producers in the group are not so reliable. Besides Iran, Venezuela, and Libya, which are all exempted from the cuts and as such capable of surprises, there are also large producers such as Iraq and Nigeria, which both have plans to boost their production significantly and are eager to begin implementing them.

Just a few weeks ago the dominant talk in oil was whether the OPEC+ cuts would be extended to keep prices higher. There is still a chance for that but with so much uncertainty within OPEC itself and the newly increased competition pressure from U.S. oil, the discussions to take place later this month when OPEC+ meets will certainly be interesting. For traders, times will also continue to be interesting, it seems.